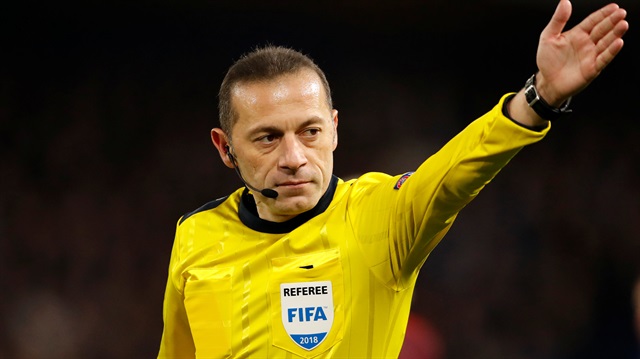 Turkish referee Cuneyt Cakir has been named as the man to officiate England’s World Cup semi-final against Croatia.

It will be the 41-year-old’s third match at this summer’s tournament, having previously taken charge of Iran’s 1-0 win over Morocco and Argentina’s dramatic 2-1 victory against Nigeria.

Cakir has handed out nine yellow cards and zero red cards in Russia.

He awarded a penalty to Nigeria during their game against Argentina when Javier Mascherano was adjudged to have been holding an opponent in the area. England have been awarded two penalties this summer for the same offence.

Cakir has taken charge of five previous England games during his career, although none have occurred during a major tournament.

The most noteworthy was a 1-1 draw against Ukraine at Wembley during qualification for the 2014 World Cup when he awarded England a late penalty, but also sent off Steven Gerrard.

The fourth official for the semi-final in Moscow on Wednesday will be Dutchman Bjorn Kuipers, who officiated England’s quarter-final victory over Sweden.