How Turning 50 Crept In On Me – Late Tunji Braitwaite’s Daughter, LAOLU 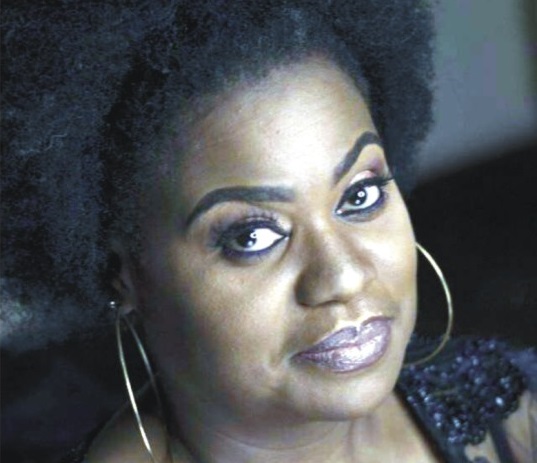 If you run into Mrs. Laolu Banco-Rhodes, the owner of Yard 158 Event Centre at Oregun, Ikeja, Lagos today, you will not believe she is 50. There is nothing about her to suggest this. She has managed to keep her angelic young look going all these years. She has also maintained her pencil-slim figure. She is pretty. She is elegant. She is tall. She is also very natural in her looks. No make up. No painting of nails. But don’t be carried away by her simplicity, gentility and daddy’s girl look. Laolu is tough and highly principled. She is also politically conscious. Remember, she is a lawyer. She is the daughter of late radical lawyer, Dr. Tunji Braithwaite, the activist lawyer and politician, who died 2 years ago. In his lifetime, he founded Nigerian Advance Party (NAP)  in 1978. Laolu’s husband, Kitoye Banco Rhodes, also is a politician of no mean standing.

Laolu, a born-again Christian turned 50 a few weeks back and she had a 3-in-1 celebration, which started with a well attended Thanksgiving service that was immediately followed by a Cocktail, then, a Dinner, followed by an old-school night of music, all in one stretch. Her family stood by her. Her husband was all over her and her kids. Her mum attended And her siblings too. Laolu is blessed The only missing person was her dad, that great Nigerian, who died in 2016.

A few days after the party, Laolu spoke with City People Publisher, SEYE KEHINDE, about her new life at 50. She confessed that the age crept in on her and two, she has opened a new chapter in her life. Below are excerpts of her 2 hour interview.

Congratulations on your turning 50. How do you feel?

It came to me as a surprise because I had always considered 50 to be a grand old age. I remember when I turned 21, 30, I used to think that 40 years old is still old. So, to suddenly become 50 was a bit of a surprise. I don’t feel any older in the sense of maybe aging. But I certainly have gathered a lot of experiences, along the line, over the years, a lot of profound experiences have shaped my perception at 50.

Some of them have been spiritual, my work with the Lord. That probably changed me more than any other experience. My work with the Lord started about 27 years ago. Even though I had been brought up in a Christian home, and we said prayers every morning, it was a routine everyday, morning and night, we said prayers in our chapel. My father was very involved with the Anglican Communion. He was a lay reader.

He had always been active in the church. So I grew up knowing church. But there came a time in my life when I discovered Jesus Christ, on a personal level. That happened 27 years ago. My husband had also experienced it. In fact, his own conversion was very dramatic because he had come from someone, who was very gregarious, fun-loving party animal and all of a sudden he had the conversion from like Saul to Paul.

When his conversion took place, my father said Laolu, you should be ashamed, Kitii has surpassed you. It ws shortly after that, that I began my own journey with the Lord and that began to change my perspective about life as a whole and understanding of life.

Growing up was very memorable. I was born into a very strong family. My mother is a Medical Doctor. My father of blessed memory was a Lawyer when I knew him he was a Lawyer, I saw him going to court. We had a very priviledged life style. We always travelled abroad on holiday. We always travelled First Class. We always stayed in the best and most prestigious hotels in the world. We lived in cocoon. We were very over indulged. It was probably too much for my siblings and I. We are 5 al together. I am the middle child. I had a boy and a girl before me and I have a boy and a girl after me, well they are not boys and girls any more. They are men and women.

It was a tightly knit family. We had a happy childhood. We grew up on Victoria Island. And at that time, from our house on Elias close, we could see Adeola Odeku. You could see the beach, free and clean. It was good growing up.

I went to a primary school, close by to the house. I went to Corona School, Victoria Island, Lagos for secondary school, I went to my mum’s alma mater, Methodist Girls High School, Yaba. I schooled there 2 or 3 years before I then went to school in England for secondary school and A’Levels and then University. I finished University with the 1st set of LASU students. I studied Law. Shortly after that, I got married. By the time I went to the Nigerian Law School, I was married. That has been my journey.

HOW I FELL IN LOVE

How easy was it at a very early age to get married?

We met when we were both very young, I was about 15. And he was 19. Since when I was a child I always had a picture of myself having 10 children. It’s very strange I don’t understand why. I don’t know why. I later reduced it to 8. I think it had a lot to do with this programme, I used to watch on TV. It’s like a sitcom. In that series, they had 8 childrenb. So I thought 8 looks like a nice size.

So, I have always been family-oriented from when I was very little. I remember a conversation I had with my father. I must have been about 8 years old. And I was telling him, oh, when I get married and he said, oh, what do you know about marriage. He took offence that I should be talking about marriage at such a young age. For some strange reasons, I have always been of that mindset. When I met my husband, we continued in that relationship. For me, the only end I could see in that relationship was marriage which happened when I was 21.

What were the qualities you saw in him that made you decide to marry him?

ABOUT MY LATE DAD & I

I grew up knowing his profession to be a Lawyer. He was so passionate about what he did. He always brought his experiences back home. I remember a certain gentleman called OLABISI Ajala. I remember the man. He used to come to the house.

We had a chapel in the house. I also remember that my father has always been bringing his cases before. God, in the chapel.  So, we knew what cases he was handling. So, we used to pray for Daddy to win that case. I also know he had clients who were expatriates. They used to come to the house. We used to play host and give them cocktails. I knew he was very active with his profession. And then the case he handled for FELA was very interesting. I remember the time I saw Fela in our house. He came in.

He was on crutches with POP on his legs. He came with his brother, Beko, and his elder brother, Prof. They had a long discussion with my father. My father represented them in the famous Fela’s case. And at the end of the trial, the judgement was that the King Can Do No Wrong, which was borrowed from the English common law. Meaning that even when a heinous act is perpetrated by the state, the state is not culpable. That became, more than anything else, the turning point for my father’s transition who he really was. It was at that point in his life that he saw that there was no justice. Talking about justice in the judicial system, he saw a failure. It was Justice Kayode Eso, who delivered the lead judgement.

He was regretting the fact that such a law will apply in this circumstance because there was an abundance of evidence, eye witness account of the rampage that took place at the Kalakuta shrine, then, when about 1,000 soldiers stormed the place and Fela’s mother was thrown out of a window. She was about 78. She was hurled out of the window. All sorts of atrocities were committed. Like my father used to say. This was in a peace time. This was not in a war time. So I think for my father the case of Fela marked the turning point when he began to examine himself and began to ask himself what am I here for?

What is my purpose in life? Am I just a Lawyer, make my money, enjoy my life with my family and all of that. He then decided to devote the rest of his life for the course of the oppressed and for those who had no voice to speak for them. A few years later he went on to form the Nigerian Advance  Party in 1978. This year makes it 40 years of NAP.

How Turning 50 Crept In On Me – Late Tunji Braitwaite’s Daughter, LAOLU was last modified: January 28th, 2018 by Seye Kehinde