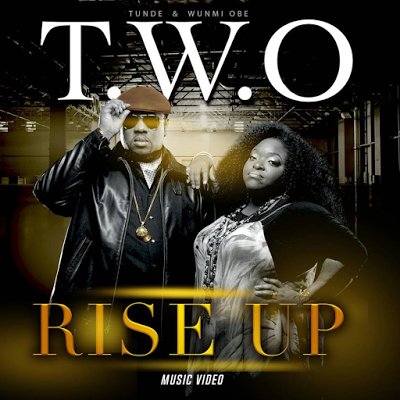 Tunde and Wunmi Obe who are legends in the Nigerian music industry have chosen to celebrate musical legends from Africa and the world with their new music video titled Rise Up. The reggae feel song was done in honour of legends such as Orits Wiliki, Lucky Dube, Bob Marley.

The track ‘Rise-Up’ is a unique and different style of music from the couple which they claim is for the enjoyment of all reggae fans in the world.

The non-relenting couple, Tunde and Wunmi Obe aka T.W.O have been releasing videos from their last album. Rise Up is one of the songs on the album.

The couple, who are Nigeria’s most recognizable husband and wife act, first achieved recognition and public acclaim in the 90s and over the past two decades, their creative collaborations have spawned successful albums such as ‘T.W.O 4 Real,’ ‘T.W.O. Legit’, as well as popular anthems such as 2005 smash hits ‘Mogbomoya’ and ‘Adupe’

The IPOB Sit-at-home Order Was Not Just Observed in Nigeria, See Other Countries That Took Part