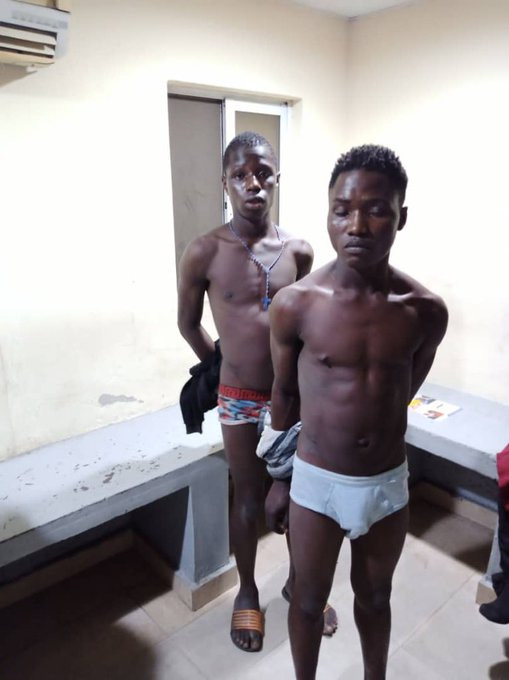 Two street light cable vandals who operate mostly by midnight have been arrested and paraded by the Lagos State government.

The suspects who were linked to the outage of power within a short space of time of lighting up roads, reportedly pretend to be technicians while carrying out the illegal act.

A statement released by Lagos State Electricity Board reads;

One of the numerous challenges we face with sustaining the provision of street lights in some areas in Lagos is the vandilization of cables and equipments. We often realize there’s outage of power within a short space of time of lighting up roads

These cable vandals operate mostly at midnight and sometimes pretend to be technicians. We urge Lagosians to be conscious and vigilant. It is a collective responsibility to ensure the sustainability of government property.