Home News U.S Rapper “Savage” could be arrested by immigration, for un-lawful stay in America
News

U.S Rapper “Savage” could be arrested by immigration, for un-lawful stay in America 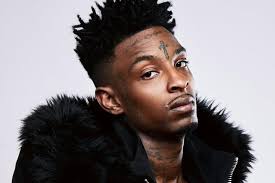 U.S. Immigration and Customs Enforcement just confirmed the arrest of rapper 21 Savage claiming that he is actually from the United Kingdom and has overstayed his visa,

21 Savage, whose real name is Sha Yaa Bin Abraham-Joseph, was taken into custody in a “targeted operation,” ICE spokesman Bryan Cox said. The rapper has claimed to be from Atlanta and has long been considered a local act.

His Wikipedia page states that he was born in Atlanta in 1992. Cox, however, said Abraham-Joseph is an “unlawfully present United Kingdom national” who came to the U.S. on a visa in July 2005. His visa expired a year later, Cox said.

He was also convicted of felony drug charges in 2014 in Fulton County. Abraham-Joseph has been placed in “removal proceedings before the federal immigration courts,” Cox said. He performed in Atlanta as recently as Thursday in the Super Bowl Music Fest at State Farm Arena.

U.S Rapper “Savage” could be arrested by immigration, for un-lawful stay in America was last modified: February 4th, 2019 by Igbokwe John