Home News UAE Police Hands Over Hushpuppi To The US
News 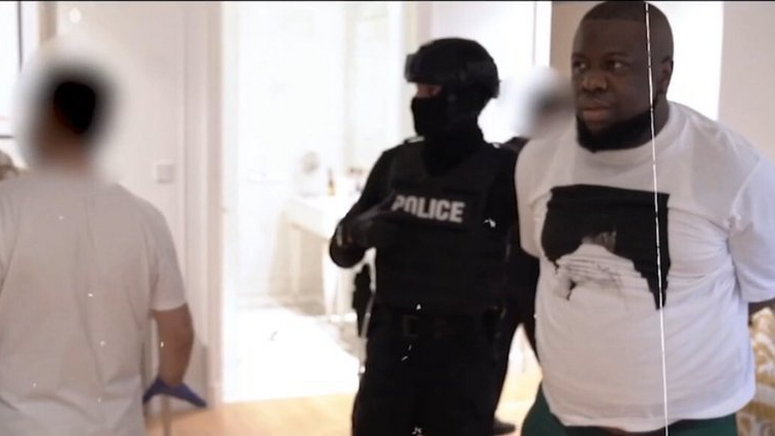 The police in Dubai have transferred Raymond Igbalode Abbas alias Hushpuppi from the United Arab Emirates (UAE) to the United States.

The security outfit broke the news on its social media page on Thursday.

In a statement, the Dubai police said the US Federal Bureau of Investigations (FBI) extended its gratitude to the UAE crime unit for its role in apprehending and extraditing the suspect.

“The Director of the Federal Bureau of Investigation (FBI), Christopher Wray has praised the exceptional efforts exerted by the United Arab Emirates, represented by the Dubai Police General HQ, in combating transnational organised cybercrime including the recent arrest of Raymond Igbalode Abbas, known as “Hushpuppi” and Olalekan Jacob Ponle aka “Woodberry” who were taken down in operation Fox Hunt 2,” the statement read.

“Mr Wray also extended his appreciations to Dubai Police for their cooperation in extraditing the wanted criminals, who committed money-laundering and multiple cybercrimes, to the United States.”

The Cable Lifestyle had last month reported how Hushpuppi was arrested alongside his associates of 11 other Nigerians, including Olalekan Ponle, better known as Woodbery.

It is also understood that about 1,926,400 victims were targeted by the syndicate.

Their arrest followed an intense tracking by a special operation dubbed “Fox Hunt 2”, in an investigation that took less than four months and prompted a series of synchronised raids by the police on the suspects’ different residences while they were asleep.

Hushpuppi’s extradition also comes at about the same time when the Economic and Financial Crimes Commission (EFCC) described him as “Nigeria’s most-wanted hacker,” adding that “he has a case to answer”.

UAE Police Hands Over Hushpuppi To The US was last modified: July 3rd, 2020 by Damilare Salami