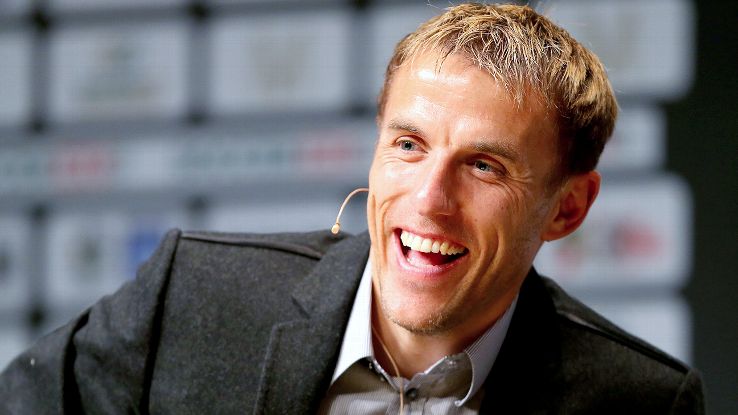 Former Manchester United defender Phil Neville has said that English clubs are “narrowing the gap” on Europe’s elite in the Champions League.
All five Premier League teams are unbeaten and sit top of their groups after three games played.
“It’s not too early to say the tide is changing. The performances alone are saying that” Neville said on BBC Radio 5 live.
“We could get two or three clubs into the quarters or semi-finals.”
On Wednesday night, Manchester United beat Benfica 1-0, while Chelsea drew 3-3 in a thriller with Roma at Stamford Bridge.
Tottenham secured an impressive 1-1 draw at Real Madrid on Tuesday, while Liverpool thumped Maribor 7-0 and Manchester City beat Napoli 2-1 on the same night.
“We’ve been nowhere near Barca or Real in the last few seasons. Particularly with Tottenham last night it looks like the gap is closing,” added Neville.
“It’s a very good start. I don’t think we’re going overboard. If we were scraping through games I’d say ‘yes’ [we’re going overboard]. But we’re showing strength and quality.
“It’s long overdue. With the strength we’ve got in the competition we have to be looking to get at least two teams into the semis.
“It’s been quality in the final third, the football and the finishing. We’ve raised the bar.
“I think the fear factor is coming back. We’re taking control of games and I think the whole of Europe are starting to think English teams are powerful again.”