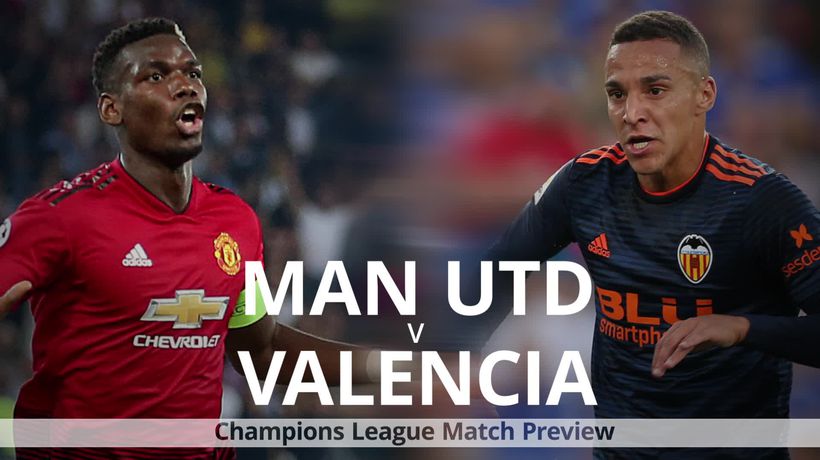 Young captained United in Saturday’s loss to West Ham while Herrera and Lingard did not feature.

Defender Marcos Rojo, who is yet to play this season, is also injured.

United are top of Group H after beating Young Boys in their opening match but have not won any of their three matches since in all competitions.

Manager Jose Mourinho said some of his players “care more than others” in his pre-match news conference when asked about the winless run.

The match is the first of two consecutive Champions League home games for United with Juventus visiting Old Trafford on 23 October.

Spanish side Valencia, competing in the Champions League for the first time in three seasons, are third in the group after losing 2-0 at home against Juventus in their opening fixture.

They are 14th in La Liga with just one win in their opening seven games but have only lost once.

“A Champions League week is always a good week, even if you expect a difficult match, a difficult opponent,” Mourinho said.

“Everyone wants to play Champions League, not everyone can do it. So we are here and we have the chance to play a big match. So, big match, big week.”

United have lost only once in eight previous meetings with Valencia in all competitions (W2, D5), and never in the Champions League (P6, W2, D4, L0), with this their first encounter in this competition since December 2010, a 1-1 draw at Old Trafford.

Valencia have only won once in 10 visits to English sides in the Champions League (D6, L3), a 1-0 win over Liverpool at Anfield in October 2002.

The Red Devils have not lost back-to-back home Champions League games since March 2013, when Sir Alex Ferguson was in charge.

Manchester United have lost just one of their last 18 Champions League group stage games at Old Trafford (W12, D5), a 1-0 defeat to CFR Cluj in December 2012. They have won eight of their last nine such games since that defeat.