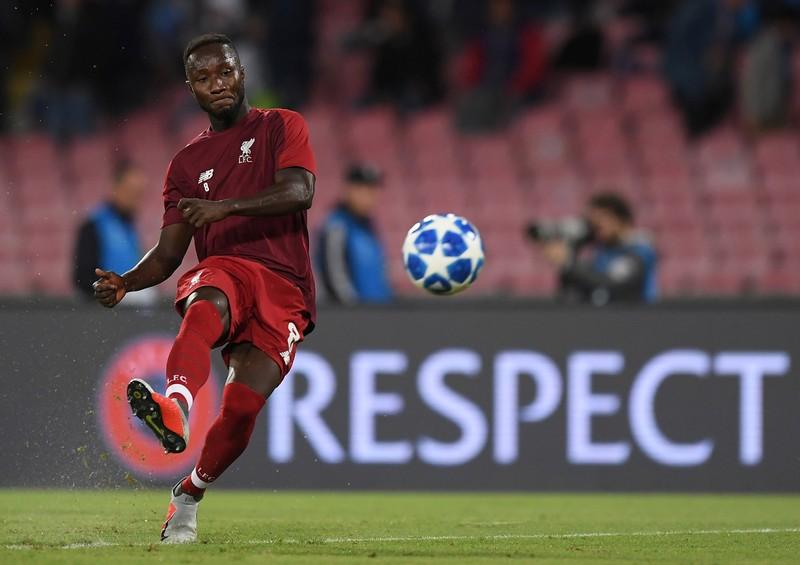 Liverpool hope of reaching the Champions League knockout stage is hanging after a damaging 2-1 defeat against an impressive Paris St-Germain.

Jurgen Klopp’s side, who were beaten finalists last season, are third in Group C and need to beat first-placed Napoli at Anfield next month to have a chance of progressing, with the Serie A side defeating Red Star Belgrade 3-1 in the other game.

The Premier League side were outplayed for large periods of the game in Paris and James Milner’s penalty on the stroke of half-time was their only shot on target in a lacklustre showing.

By that point, they had already fallen two goals behind as Juan Bernat squeezed home the opener after Virgil van Dijk’s poor clearance, before Neymar started and finished a swift team counter-attack to double the advantage.

PSG could have had a more comfortable scoreline in the second half but Marquinhos had a goal disallowed for offside, and the defensive midfielder also had a header kept out by Brazilian compatriot Alisson.

Champions League rules state that if teams are tied on points in the group stage, they are separated by the head-to-head record between sides.

Napoli beat Liverpool 1-0 at home in the reverse game.

Liverpool’s all-action attacking football took them to the final in the last campaign, where they were beaten 3-1 by Real Madrid.

But this season in Europe they are yet to reach the heights of that wonderful run and are battling to remain in contention with one game left to play and avoid the ignominy of dropping into the Europa League, or getting knocked out altogether.

The five-time European champions have now suffered four losses in their past six games in the competition, and have lost all their away games in the group stage for the first time.

Mohamed Salah dragged a shot wide and Roberto Firmino headed off target in a disappointing performance, with both being kept quiet by PSG’s imperious defensive partnership of Thiago Silva and Presnel Kimpembe.

Despite the substandard showing, Liverpool’s fate remains in their own hands and they will be fancied by many to get the margin of victory they need at a boisterous Anfield on Tuesday, 11 December.