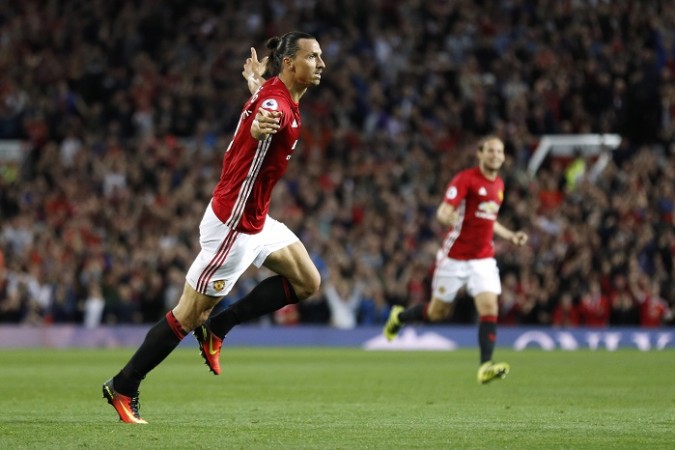 It was a rain of goals for Manchester United’s Zlatan Ibrahimovic and AS Roma’s Edin Dzeko as they both bagged hat-tricks to help their teams take control in the first legs of their Europa League last 32 ties on Thursday.

United swept aside St Etienne 3-0 at Old Trafford and Roma made light work of last season’s semi-finalists Villarreal with a 4-0 win in Spain, leaving their sides with little work to do in next week’s return encounters.

Tottenham Hotspur’s Europa League campaign, however, got off to a frustrating start as they were beaten 1-0 at mid-table Belgian outfit Gent, while Olympique Lyonnais beat AZ Alkmaar 4-1 away and Fiorentina edged Borussia Moenchengladbach 1-0.

St Etienne will be totally sick of the sight of Ibrahimovic as the Swede took his tally against the Ligue 1 side to 17 goals in 14 games, having terrorised Les Verts during his four years at Paris St Germain.

“Every time I’ve played against St Etienne, with hard work there has been a couple of goals. I’ve scored a couple of goals tonight and hopefully I can do the same next week,” Ibrahimovic told BT Sport.

He opened the scoring with a deflected free kick in the first half and added two more – a tap-in and a late penalty -after the break as United quelled the visitors’ early enthusiasm.

The match was billed as a battle of the Pogba brothers with younger sibling Paul facing St Etienne’s Florentin for the first time in a competitive encounter.

It was the 35-year-old Ibrahimovic who stole the show, however, grabbing his first United hat-trick and taking his tally in a remarkable maiden season at Old Trafford to 23.

Must Read : See The 7 Things Men Find Attractive In Women