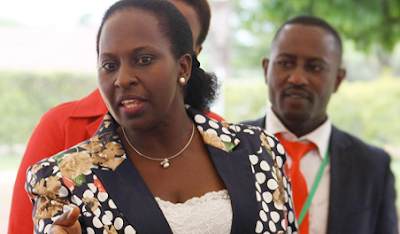 Speaking to The Observer on June 3, PCC chairperson, Dr Annette Kezaabu, said the committee has so far resolved to arrest six people, namely: Judith Heard, Lillian Rukundo, a one Shamim, Jack Pemba and the woman who appears in the pornographic video whose facebook names read Honey Suleman, and a police constable in Jinja, Esther Akol.

“We have compiled their pornographic photos, videos and screenshots that were leaked on social media. We have been described as too ambitious and not working but we are starting with arrests of these people to serve as a deterrent measure,” Kezaabu said.

On June 5th, Kezaabu appeared at Central police station in Kampala to make final arrangements on how each of the suspects will be arrested, starting today. At least one of the six suspects, Pemba, has tried to approach the PCC seeking a way out but to no avail.

“The lawyer came to plead with us that when he [Pemba] comes, we do not embarrass him by arresting him at the airport. We told the lawyer to go back and the law will take its course. Pemba fled the country but we shall get him,” Kezaabu said.

During the interview, Kezaabu also showed The Observer some of the photos and videos where the culprits are allegedly involved. She, however, declined to show this reporter Judith Heard’s nude pictures, saying: “You are a young lady; these pictures are so disgusting for you to see. Just know we have all the evidence against her.”