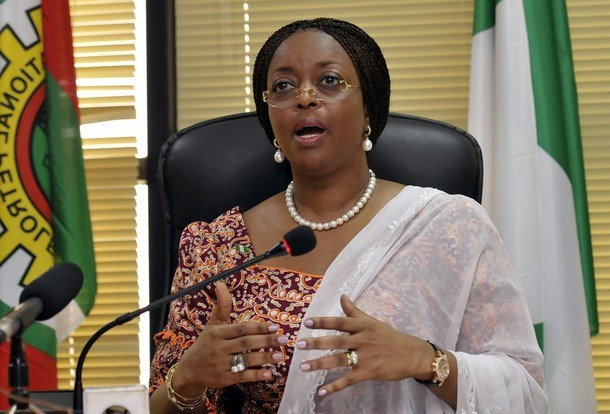 All is set for the trial of a former Minister of Petroleum Resources Mrs. Diezani Alison-Madueke, and four others in London for alleged corrupt practices.

The trial has been fixed for June and more evidence were hauled to the United Kingdom at the weekend.

Part of the evidence are the proceedings of a Federal High Court in respect of the order of final forfeiture of $153million allegedly traced to the ex-minister.

It was also learnt that one of the suspects had been found at a hideout in London and placed under surveillance.

There have been reports that the Economic and Financial Crimes Commission (EFCC) was negotiating with Mrs. Alison-Madueke. The EFCC yesterday said it was not engaged in any secret negotiation with her.

According to a source in the anti-graft agency, who spoke in confidence with our correspondent, the agency is set for the trial.

The source said: “The UK investigators have gone far on the allegations against Diezani. From the records made available, the ex-minister and four others will face trial as from June.

“We have taken more evidence to the UK, including all court records relating to the final forfeiture of $153million. We have a huge pile of documents.”

Responding to a question, the source added: “In fact, one of the suspects on the radar of investigators has been located in London and he is under surveillance.” He declined to name the suspect.

On the reported negotiation with the former minister, the source said: “There is no basis to negotiate with the ex-Minister in view of the overwhelming evidence at our disposal. You should ask yourself what purpose the negotiation will serve.

“The EFCC is set for the trial of the ex-minister at home and abroad. It is curious to be talking of a curious negotiation with someone who has a prima facie case to answer.

“The ex-minister has forfeited $153m; we have had far-reaching investigation on her involvement in the $115m poll bribery scandal; we have seized some of her choice properties and she has consistently maintained that she is ready for trial. So, what is the basis for negotiation when we have a good case?”

The National Crime Agency (NCA) on October 2, 2015 arrested Mrs. Alison-Madueke and four others for alleged bribery and corruption and money laundering.

The former minister, whose movement has been restricted to the UK, remains under investigation.

The NCA found some of the ex minister’s brothers and other business partners complicit in the money laundering allegation. She was arrested with her brothers.

Messrs Abiye Agama and Somye Agama are Mrs. Alison-Madueke siblings who operate some UK-based businesses hurriedly shut them after the NCA, and the EFCC searchlight became intense.

The two brothers are directors of Hadley Petroleum Solutions Limited, a company the authorities believe was used for money laundering. The other directors are Ugonna Madueke and Abu Fari.

The company was registered in June 2013 in Manchester but was dissolved less than two years later last  February without filing any account.

Abiye, 33, a point man of the firm, is a computer engineer and manager. He was a director in 11 other companies. He resigned from seven of them.

According to EFCC records, some of the assets  linked with Mrs. Alison-Madueke are:

A duplex in Asokoro District, Abuja

A mini-estate in Mabushi, Abuja

A set of 12 terrace duplexes atOmaremi Street  in Port Harcourt

Large expanse of land at Oniru, Victoria Island in Lagos

A multi-billion Naira estate in Yenagoa

A hotel in Port Harcourt under investigation