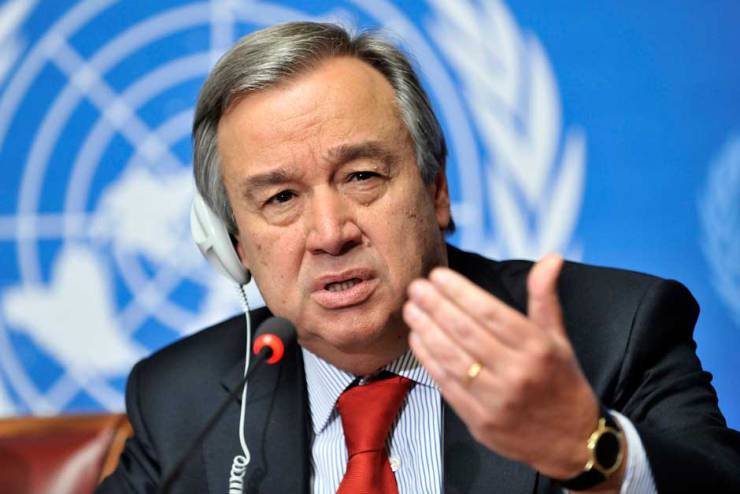 UN Secretary-General António Guterres has welcomed the historic agreement between Israel and the United Arab Emirates to normalise diplomatic relations.

Guterres’ reaction came in a statement by his spokesperson, Mr Stephane Dujarric, in New York on Thursday.

Reports say under the deal, Israel has agreed to suspend its plan to annex parts of the West Bank claimed by Palestine, a move the UN Chief said he had consistently advocated.

“Annexation would effectively close the door for a renewal of negotiations and destroy the prospect of a viable Palestinian State and the two-State solution.

“The Secretary-General welcomes this agreement, hoping it will create an opportunity for Israeli and Palestinian leaders to re-engage in meaningful negotiations.

“Negotiations that will realise a two state-solution in line with relevant UN resolutions, international law and bilateral agreements,” the statement said.

Guterres said peace in the Middle East was more important than ever as the region “confronts the grave threats of COVID-19 and radicalisation”..

He pledged to continue to work with all sides to open further possibilities for dialogue, peace and stability.

According to Reuters, Israel and the UAE are expected soon to exchange ambassadors and embassies following the agreement brokered by U.S. President Donald Trump.

A signing ceremony is due to be held at the White House, the news agency added.

U.S. Secretary of State, Mr Michael Pompeo, also hailed the deal, describing it as a “remarkable achievement for two of the world’s most forward leaning, technologically advanced states”.

In a statement shortly after the agreement was announced, Pompeo said it reflected Israel’s and UAE’s “commitment to confronting common threats, as small, but strong, nations”.

“The United States hopes that this brave step will be the first in a series of agreements that ends 72 years of hostilities in the region.

“The United States congratulates Israel and the Emirates for their important achievement. Blessed are the peacemakers. Mabruk and Mazal Tov,” he said.