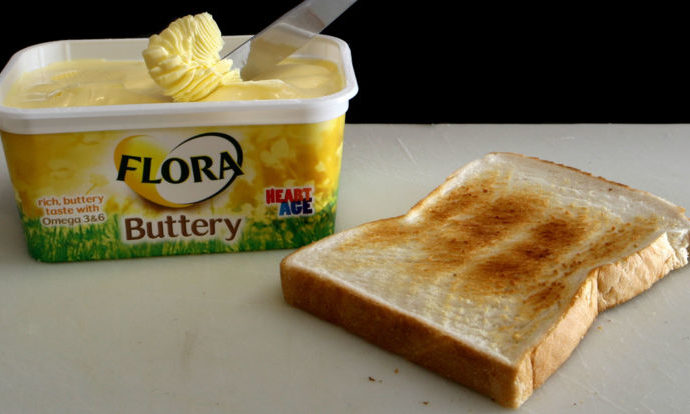 Unilever is to sell its margarine business, including the Flora and I Can’t Believe It’s Not Butter brands, as part of its response to the failed takeover by US rival Kraft Heinz.

The Anglo-Dutch firm began a review of the business after resisting the £115bn offer on value grounds despite a clear measure of support for it among Unilever investors.

The company said on Thursday that while it would continue to focus on “sustainable value creation” for shareholders, it would deliver on a series of measures to support that.

Top of the list was the sale of its spreads business, which it said was under-performing. Analysts said a sale could raise more than £4bn. Unilever said it could hive off the division as an alternative option.

On top of those responses came a pledge to ramp up cost savings and simplify the business by looking at its dual listing in London – on the FTSE 100 – and in Amsterdam.

As part of the review, the company found that “our dual-headed … legal structure adds complexity when undertaking such change.”

“This acceleration allows us to unlock sustainable value faster and target an overall underlying operating margin, which excludes restructuring, of 20% by 2020.

“Progress and performance will be reported on with greater granularity in our financial communication,” he said.

The company’s share price was 0.4% higher in morning trading in London.

7 Ways to Earn More Money While...