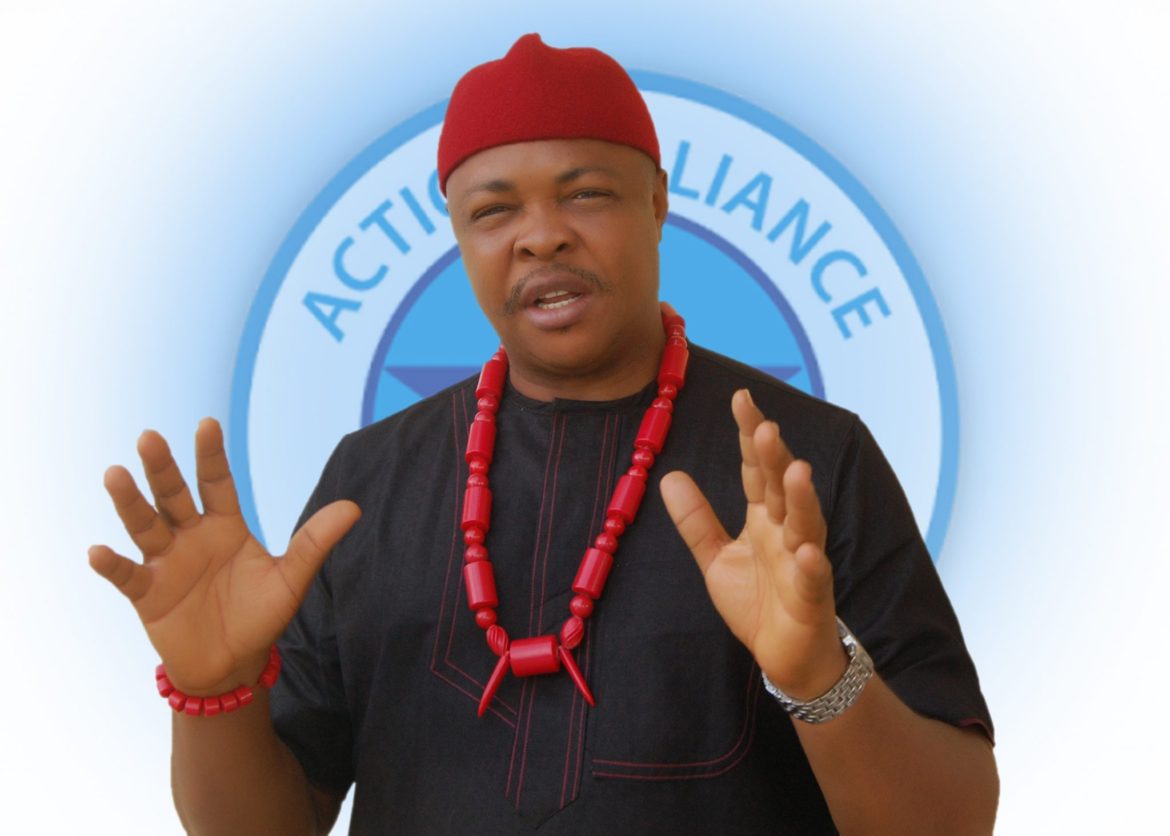 Unidentified gunmen left no chances at all as they kidnapped the national chairman of Action Alliance Kenneth Udeze outside a bank on Friday.

Mrs Udeze said her husband woke up Friday morning and found several text messages indicating heavy withdrawals from his bank accounts that were not authorised.

“After suspecting his account had been hacked, he rushed to the bank to find out what happened,” Mrs Udeze said. “He was with his driver when he was kidnapped outside the Zenith Bank.”

The abductors took Mr Udeze away in a black SUV, his wife said. She added that she was on her way to the police station to report the incident.

PREMIUM TIMES has reached out to a police spokesperson in Abuja but yet to receive a response.

Mr Udeze has been the chairman of Action Alliance, a political party made prominent by Rochas Okorocha, a former governor of Imo State.

Mr Okorocha had tipped his son-in-law, Uche Nwosu, to succeed him in office under AA amidst rift in the All Progressives Congress (APC).

Mr Nwosu lost the governorship election to Emeka Ihedioha of the Peoples Democratic Party, and the AA had been plunged into crisis since the election.

There were initial attempts to remove Mr Udeze from office by Mr Nwosu and other politicians affiliated to Mr Okorocha, who campaigned and won the seat for Imo West Senatorial District under the APC.

Mrs Udeze said her husband’s abduction appeared politically motivated, although there was no apparent indications to corroborate the claim.

The abduction has added to a worsening spate of insecurity across Nigeria, a crisis that has seen thousands of citizens kidnapped for ransoms, wounded or killed by violent criminals.