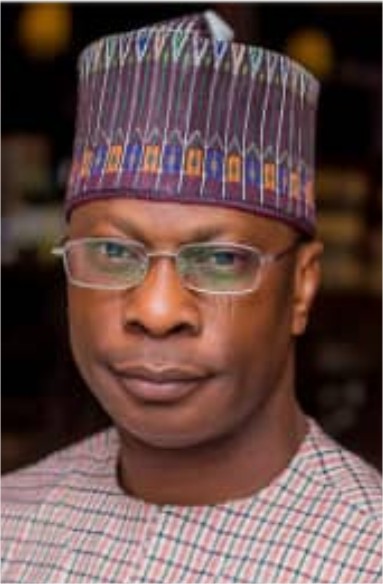 One of them is Hon Emeka Chinedu, a Lagos real estate gaint who is a Nigeria Lawmaker. He is representing Ehiazu/Ezinihitte Mbaise Federal House of Representatives Member in Abuja – Hon. Emeka Chinedu is happily married to Mrs. Titilayo Chinedu, one of Lagos very stylish and highly fashion-conscious celeb babe. Many know her on Instagram as @titilayochinedu but not all know her husband. They have been married for over 15 years and counting.

Alhaji Fatai Adio Anjimashaun is one Lagos billionaire who is hardly in the news. He owns many shopping complexes in Lagos Island and loves to stay off the media. He is happily married to his heartbeat, Hajia Sophia Abike Animashaun who is the best friend of Oloori Barakat Akamo (wife of Olu Itori) and Yeye Temitope Asabi. The Borokini of Lagos doesn’t like being in the news.

Alhaji Lukman Hamzat is a Maritime top shot in NAHCO and he runs many big businesses under his business name, Zaterm Groups. He is a top member of Abe-Igi Anu. Though his wife, Hajia Temilola, an interior maker who handles many super-rich interiors is popular on Lagos social scene, but cool and calm Alhaji Lukman is hardly in the news.

Ask for Mr. Sunday Adeyemo, you will be told that he is a super-rich Nacho big boy who doesn’t even want to be in the news.  He is the popular “Eiye of Nadio” who many musicians sing his praises.  You will hardly see his picture online and this is because he doesn’t even love his pictures to be taken. He runs a strong maritime company in NACHO and many musicians praise his name but you hardly see him at Owambe. He is the handsome husband of Mrs Ibironke Adeyemo, the brain behind “TRIppleAAA “ gold.

Alhaji Kunle Atoyegbe, the handsome hubby of popular Lagos fabric merchant, Mrs. Keji Atoyegbe is hardly in the news. The foremost businessman is one of the Lagos businessmen who have been praised to high heaven by many Nigeria music artistes. He is the choice of the likes of K1 to mention a few. They hardly attend parties together but they enjoy every moment of their conjugal bliss. They have been married for over 30 years and still counting.

Have you ever seen Alhaja Sanni, the handsome hubby of Alhaja Dupe Shineshine? Many who are familiar with the brand, Dupe shine shine owned by Alhaja Dupe Sanni will say that her husband keeps a low profile. Permit us to tell you that is not the case. They may not attend parties together but they have been together for over 35 years and more but Alhaji Sanni hardly gets in the news.

Tall and handsome Alhaji Lukman Agbeni is the chairman of Bismid Cosmetic. Bismid is one of the big beauty brands in Lagos. Just like Shineshine cosmetics, this beautiful Lagos society woman enjoys a cool marital bliss with her handsome hubby, Alhaji Lukman Agbeni but Chairman is hardly in the news. Many who know Bismid will testify to the fact that her husband, Alhaji Lukman Agbeni who belongs to many top social clubs loves to keep a low profile.

Alhaji Taofeek Ajadi Balogun is the handsome hubby of popular Lagos celeb woman, Alhaja Kudirat Balogun who doesn’t like being in the spotlight. The best way to describe top Lagos Hotelier, Alhaji Taofeek Ajadi Lawa is Mr. Cool. He is one of the rich Lagos young businessmen who doesn’t like noise. He owns that popular Lagos hotel “Lawa Hotel” which has over 4 branches in Lagos Island..Not many know that Alhaja Kudirat and Ajadi Lawa have been married for over 20 years and still counting. Though they hardly attend parties together but Alhaja Ajadi Lawa, the Ceo of Lawa Textile and her darling husband are one of the celebrity couples we hardly talk about.

CSP Abubakar is the hubby of Hon. Dolapo Badmus. He is also a top Nigeria Police Officer. You know that popular Naija celebrity cop, CSP Dolapo Badmus has been married for 13 years. Not many know that she is married with 3 lovely kids and her husband is also a popular Naija Policeman who also wears the same rank with his with. He is CSP Abubakar and he is from the North and they hardly party together but they never fail to appreciate one another when the need arises.

CSP Saheed Egbeyemi, handsome CSP Saheed Egbeyemi, is one of the most popular Nigeria male cops in Lagos. He is the one in charge of Taskforce Lagos State and there is no Lagos business personnel who doesn’t know who he is. Well, permit us to tell you that Saherd Egbeyemi has been married for over 10 years. The ebony handsome dude is married to Mrs. Egbeyemi who is a top Lagos Beautician and Entrepreneur of note.

Otunba Bayo Osinowo is one Ibadan rich celebs who love to keep a low profile despite his wealth. He is the handsome hubby of popular celeb, Mrs Tosin Osinowo of Amalaajike. It may be difficult to know that this duo is a couple. This is because they rarely attend parties together except on rare occasions. Otunba Osinowo is one of the super-rich hotel owners in Ibadan while his pretty wife, Tosin Osinowo runs a big cold-room outfit in Ibadan and also a top restaurant in Lagos. She is the brain behind “Ile-Alamala” in 7/8 Airport road. Mrs Tosin Osinowo is one of the stylish Lagos celebs many can’t stop admiring due to her high fashion sense. Distance is never a strain on their relationship but they attend parties together. They have been married for over 18 years and still staying strong.

Femi Akinrinola is the handsome hubby of Doyin Akinrinola fondly called Doyin Sweet. Doyin is very popular on Lagos social scene but not many know that she has been married for over 14 years. Doyin Sweet is not just one of the most loved Lagos society babes, many who knows she is happily married want to meet her handsome hubby. Well, let us gist you that Doyin Sweet’s husband is an IVF Expert and Embryo Specialist in Lagos. The handsome dude is in his mid-40s. Though they step out at few events in Lagos but they are one of the young celebrity couples we hardly talk about.

Engineer Segun Adeyemi is the husband of Mrs. Maami Adeyemi. She is one of the closest pals of Mrs. Jumoke Oyeneyin, the fabric merchant of note. Maami Adeyemi is very popular and has been married for close to 30 years. Many seem to know Maami on Lagos social scene but not many know who her husband is. She is happily married to Engineer Adeyemi, a top Lagos Engineer.

Alhaji Farouk Ajiboye is the cool handsome hubby of Hajia Aishat. Hajia Aishat Keshito Ajiboye is one of the Lagos happening babes in Lagos. She needs little or no introduction. She is very stylish and well-loved. Though she got married a few years ago but people don’t know Muhammed Farouk Ajiboye, her husband who is a top businessman abroad.

Alhaji Kazeem Odeyeyinwa, the Odeyeyinwas are rich and well connected in Lagos and Ogun. They are the number one distributor of Dangote and Lafarge in the South-West. Though, despite Alhaji Kazeem’s wealth, he is hardly talked about because he likes keeping a low profile.

Oba elect, Hakeem Ogbara is the younger brother of the African richest woman, Mrs. Folorunsho Alakija and he is the Baale of Apapa. He was based abroad before he moved back to Naija to become the Baale of Apapa land. He is hardly in the news.

Handsome and tall Maritime Topshot, Lukman Fowotade and his cliques are hardly in the news. His friends Prince Biodun Ehibadero, Femi Anifowose and Tunde Borokini are very reserved gentlemen.

Alhaji Larry O owns the most popular luxury wristwatch brand in Lagos Island. The lanky black-skinned man is hardly in the news but ask many Lagos society women, you will be told that Larry O doesn’t like unnecessary publicity.