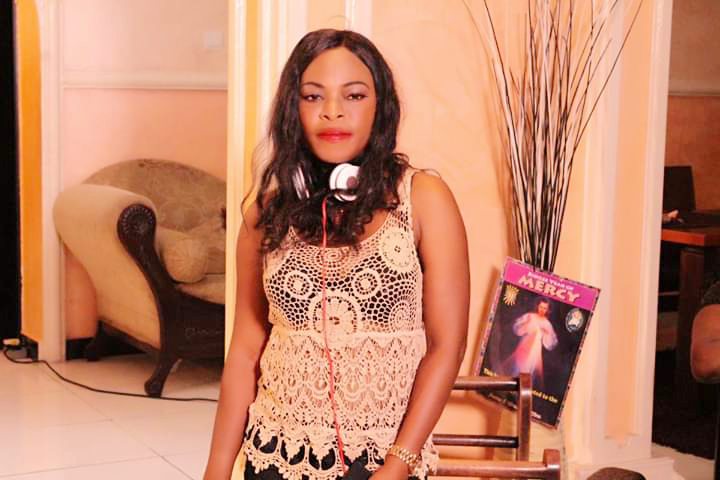 She is young and beautiful. Cindy Marcus is a graduate of the Lagos State University. She is from Israla Mbano in Imo State. She is a well known face in the Nollywood circle. She joined the industry in 2010 through a veteran actress Rosemary Ingbi. Cindy started off as a minor artist, taking up small roles and later joined the crew of movie production.

After her graduation from the University she started writing and producing movies. As a strong member of the Lagos State Chapter of Actors Guild of Nigeria (AGN) and its former state treasurer, she has been a strong advocate for up and coming members of the guild. Through hardwork and dedication she has featured in several movies including  Smokes, Workshop, Twisted Fate, Ndinwe Abali, The Anti Christ, My Tomorrow, War Zone and a host lot of others.

And as a prolific script writer, she is credited with several works including smokes, Twisted Fate, Darkness and others. Her love for behind the camera perfection has informed her foray into production. She was part of the production team for the movies such as smokes, Twisted Fate, Dark Kingdom, workshop amongst others. Her latest movie titled “Open Lies” is no doubt one of the best movies of 2019 and it parades popular faces in the industry. Cindy Marcus is one new producer who is ready to take over the movie industry.