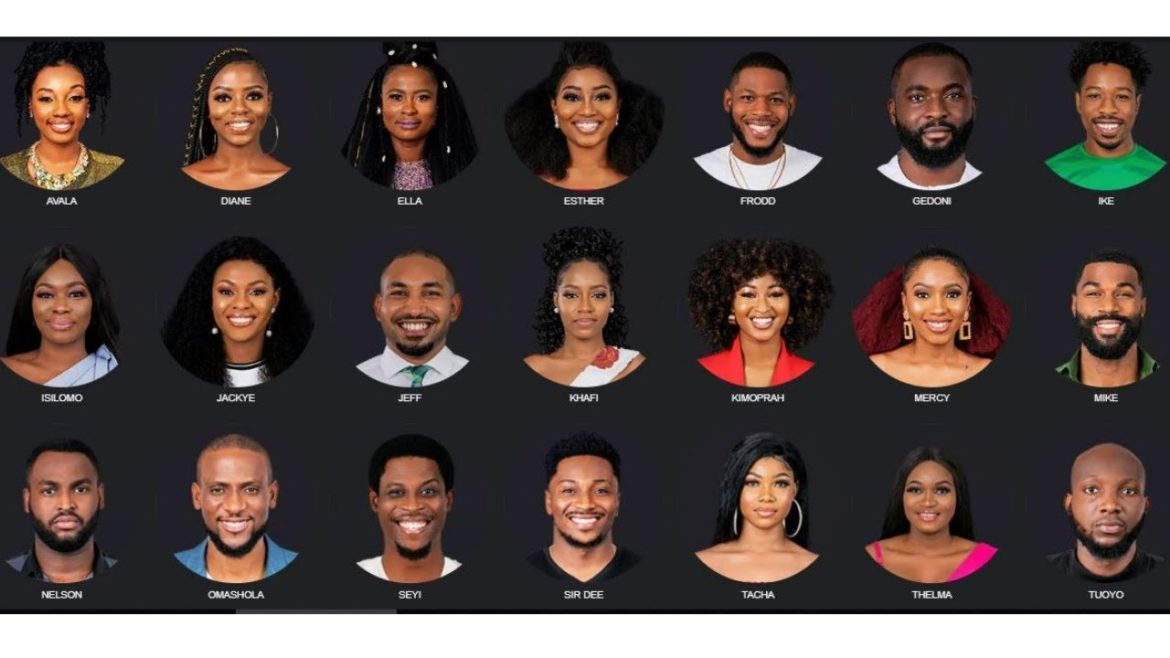 Big Brother Naija is a Nigerian reality competition in which contestants both male and female live in an isolated house to compete for a large cash prize ranging in millions. In the process of finding money some find love and some fame.

The Big brother experience has helped housemates to build a huge number of fan base and has turned some into celebrities.Previous edition has also produced celebrities like Tboss and award winning actors like Bisola Ayeola. Big Brother has discovered several talents and it is amazing how and why some people have moved the notion for the cancellation of the reality show due to its high exposure of nudity and some just keeps their eyes glued to their screen for the reality show so as to be trendy and up to date in the show-biz and entertainment world.

The Big Brother 2019 edition is proudly sponsored by the headline sponsor Bet Naija and other sponsors like Pepsi, Dano milk, At the end of the game,the winner goes home with the cash prize of 60million Naira with the title of Big Brother Naija Winner. The Big Brother Naija Pepper Dem Sunday Launch Party was anchored by Ebuka Obi uchendu, as he introduced the pepper dem Gang and the stage had award winning artistes like Burna Boy, Teniola, Zlatan Ibile to mention a few.

However, the Pepper dem edition of the Big brother television series has 21 house mates from different states in Nigeria which includes Avala 30 from Ogun state, Khafi 29 from Ekiti, Omashola 38 from Delta, kimoprah 23 from Imo, Jackie 23 from Anambra, Nelson 26 from Rivers, Seyi 30 Ogun, Esther 22 from Lagos, Diane 23 from kaduna, Tacha 23 from Rivers, Mike 28 from Lagos, frood 28 from Anambra, Ike 26 from Imo, Ella 30 from Anambra, Isilomo 27 from Edo, Tuoyo 24 from Delta, Sir Dee 28 from Kogi, Thelma 26 from Imo, Gedoni 31 From Cross Rivers, Mercy 26 from Imo and Jeff 30 Anambra State. One thing that raised an alarm was when Mercy and Tasha were introduced by the host.

Mercy wore a transparent black dress showing her endowed butt and curves and this made the audience shout which mean she has really come to serve the audience some spicy pepper. Tasha popularly known as Port-Harcourt first daughter also stormed the stage revealing a large portion of her cleavages and these two ladies made a statement that they are the real pepper dem gang to watch out for.

On getting into the house, a voice known as biggie welcomed the house mates informing them that they would be contesting for two major titles in the course of the show game of chance which is the head of house and the veto power game of chance, which enables the winner to save him or herself or any other housemate who is up for eviction.

They were asked to pick some key and open the bet Naija box and luckily kimoprah found something in her box which makes her the winner of the veto power game of chance.They were asked to meet each other and at the end of the dayJeff was selected to be the head of house and gets privileged information about eviction from biggie.

The first argument happened between Khafi and Esther and the genesis of the argument was that khafi said she was not eating noodles but later did and it meant that Esther would not have noodles to eat and this got her and Nelson angry.

There were a lot of bonding over the week between ike and Mercy Asavala, Gedoni, Khafi, Isilomo,Omashola, Ike were up for possible eviction and the house mate with the least bet naija coin and least number of votes would be evicted.  Isilomo and Avala were caught in the middle and were evicted from the Big Brother Naija house. The news shocked some of the house mates while some acted like they cared and others like they don’t but one thing is obvious in the house and that is the Mercy drama.

Mercy has been giving the needed spice with her endowed butt and twerks in the house which is making the gentlemens heads turn. Do you remember that khafi had to make reference to her big butt at the lunch party? That is so because she is so endowed and it is too obvious to be hidden.

She is unpredictable as she is seen with Ike at some times with another male in the house. Still wondering why the ladies love  Mike a lot despite the fact that he is married. Tuoyo gets ladies excited with his shinning head and his dancing skill. Did we tell you that Tuoyo is a striper and he brought out all the moves at the party?

Yes, all eyes were on Tuoyo as he gives some spicy dance that thrilled the ladies.  Seyi Awolowo can talk for Africa and that is a huge strength as his opinion would be heard. Do you agree that Tacha is opinionated and can be very rude at times? she made a comment that she was going to serve all her house mates pepper in different volumes and that they are just escort and she has really been serving them. Lets look out for other house mates as the game unfolds.

I Took After My Mom In Fabric Business – BISOLA ADELAJA, CEO DD Fabrics