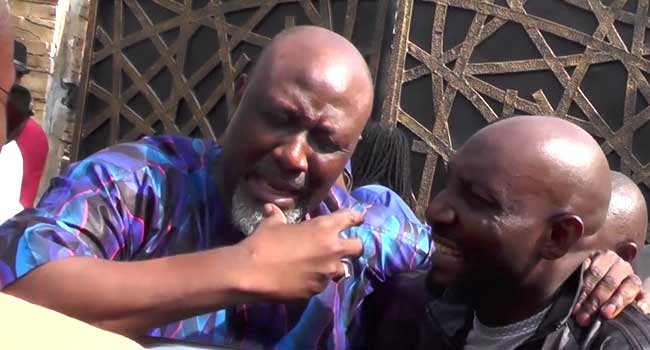 Dino Melaye has been moved to the police clinic in Garki,  Abuja. Recall that the embattled senator slumped at the police premises shortly after he was brought in.

The back and forth pattern in which events have been taking place between the Senator, it really wouldnt be surprising on the turn of events of him been rushed to the hospital, he has stated and shown on several occasion of his none wiliness of not been detained.

The police expect him to recover from his ailment soon so he can be detained.