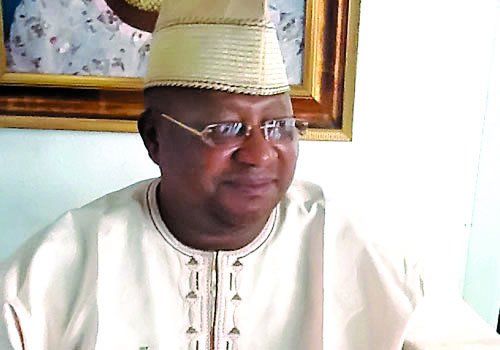 The senator representing Osun West, Isiaka Adeleke, who died few hours ago in Osogbo, the Osun State capital after he engaged in a political meeting which terminated late Saturday will be buried today in Ede, his home town according to Muslim rites

Until his death, Mr. Adeleke chaired the Senate committee on capital market.

He was in the Senate for the second time, having first represented Osun West between 2007 and 2011 on the platform of the People’s Democratic Party.

He could not return to the Senate in 2011, after he was defeated by Mudashiru Hussein of the defunct Action Congress of Nigeria.

But in 2014, after a failed governorship bid, he defected to the All Progressives Congress which sponsored him to contest the 2015 Osun West senatorial election which he won to earn a second time in the Senate.

Mr. Adeleke became the first elected Governor of Osun State in 1991 on the platform of the Social Democratic Party.

He sponsored a bill to protect whistleblowers and security informants.