Update: Klitschko Congratulates Joshua After He defeated Him 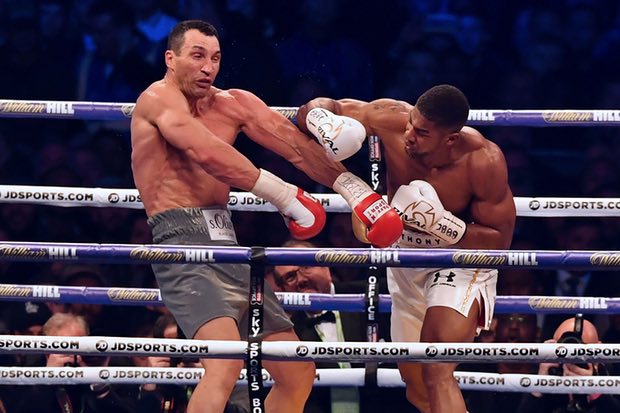 Anthony Joshua knocks out Wladimir Klitschko in the 11th round to retain the IBF’s version of the heavyweight title while adding the vacant WBA strap. He’s now 19-0 with all 19 victories by stoppage.

Ringside judges Don Trella and Nelson Vazquez had Joshua ahead by scores of 96-93 and 95-93, respectively, at the time of the stoppage. Steve Weisfeld had Klitschko ahead 95-93.

“I hope you enjoyed the fight,” Klitschko says. “The best man won tonight. And it’s an amazing event for boxing. Two gentlemen fought each other and he was better today than I. It’s really sad that I didn’t make it tonight I was planning to do it but it didn’t work. But all due respect to Anthony. Congratulations.”

An official announcement made stated: Joshua by knockout at 2:25 of the 11th round. “I’m not perfect but I’m trying,” says Joshua, who follows with a series of gracious words for the fallen Klitschko. What a night.

The fighters embrace in the centre of the ring.

The winner and new WBA holder is Anthony Joshua. 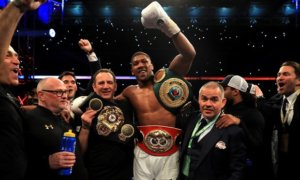 Update: Klitschko Congratulates Joshua After He defeated Him was last modified: April 30th, 2017 by Arinze Ago

Oba Akiolu of Lagos and his Greeting Styles