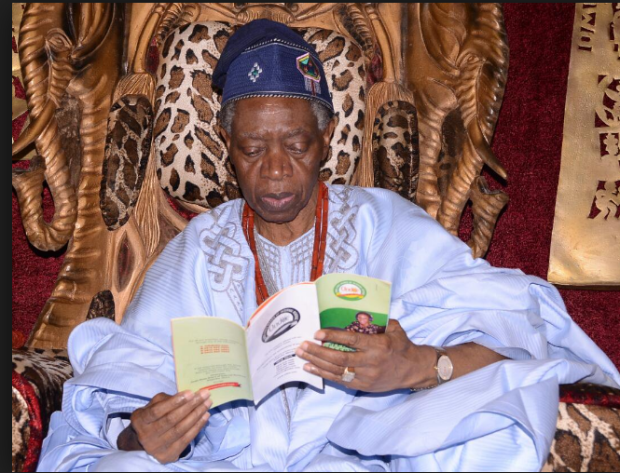 His Royal Majesty Oba (Dr) David Victor Folagbade Olateru-Olagbegi III was born on June 26, 1941, in the ancient city of Owo. He belongs to the Elewuokun ruling house.

His Majesty promising outlook encouraged his Royal Father, the influential, celebrated and dignified Sir, Olateru-Olagbegi II, (KBE) to send him to England where he enrolled at the Poole College, Poole, Dorset to complete his General Certificate of Education, Ordinary and Advanced levels. Between 1964 to 1968, His Majesty read Law at the prestigious Holborn College of Law and Grays Inn, London where he qualified with a Bachelor of Law LL.B.

On his Majesty return from England, he launched into legal practice in 1969 in the Chambers of Chief Frederick Rotimi A. Williams, a luminary of the legal profession and doyen of the Nigerian Bar. After six years of valuable legal experience, His Majesty joined the Nigerian Law School as a lecturer in 1975. He rose to the position of Reader in 1991 during which period he did a three years stint in Government as counsel to the Vice President of Nigeria during the Second Republic, 1981 to 1983. His Majesty was a Principal Lecturer and Head of Department, Litigation between 1984 to1994. Between 1994 and 1995, the Council of Legal Education offered him the position of Acting Secretary initially and substantively as Secretary. His Majesty was the secretary to the Committee set up for the movement of the Nigerian Law School from Lagos to Abuja by the then Head of State, late General Sani Abacha.

Oba Olateru-Olagbegi III was confirmed Secretary and Director of Administration on the Law School relocation to Abuja thereafter. By this appointment, His Majesty became entrusted with the responsibility for monitoring and controlling the numbers and quality of Law students being turned out by the University and it also became a crowning glory of His Majesty professional career before his voluntary retirement in 1999. His Majesty ascended the throne of the Owo Kingdom as the Olowo of Owo on February 21, 1999, as a First Class Oba and Paramount Ruler.

In recognition of his worthy contributions to education and humanity, His Majesty was conferred with the Degree of Doctors of laws (LL.D) (Honoris Causa) by the University of Benin in 2005.

Among the published works of HRM, Olateru-Olagbegi III are Erosion of the jurisdiction of Court under the Military Regime in Nigeria and contemporary issues in Nigerian Law. He has also attended International Law Conferences in Kingston Jamaica, Vienna Austria, New Delhi India etc.

His hobbies include Lawn Tennis, Squash Racket, Billiards, Community Development and farming. His philosophy of life is selfless service to the people. His Majesty is married to Olori Ololade Olateru-Olagbegi who is also a Barrister and they are blessed with children.