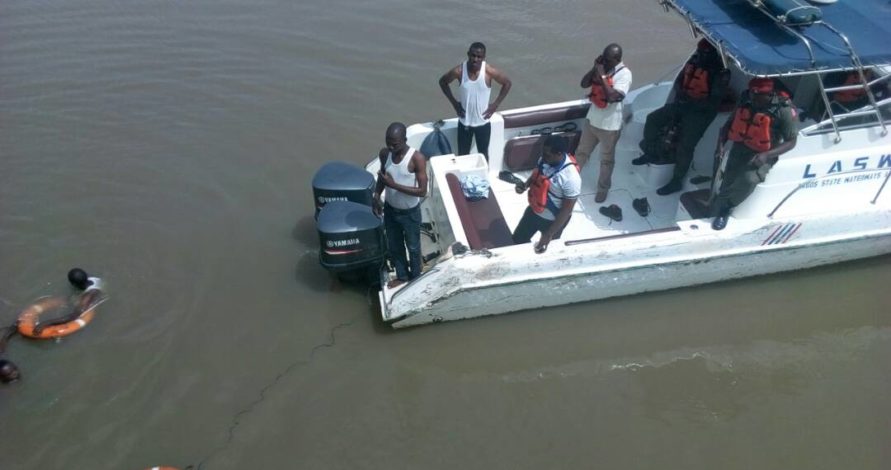 The man who jumped off the Lekki-Ikoyi bridge into the Lagos lagoon on Friday morning has been identified as Oluseyi Adekunle, a report by Channels has revealed.
It was gathered that Adekunle was on his way to work before he dropped his bag at the rails and plunged into the Lagoon in an apparent suicide bid. His ATM card and other items were recovered from the scene of the sad incident, thereby revealing his identity.
Officials of the Lagos Waterways Authority, the state emergency management agency and the marine police rushed to the scene in an attempt to rescue the victim.
After a four-hour search without recovery of the body, the officials had to call off the joint operation. The authorities are still investigating the cause of Adekunle’s action as he is believed to have committed suicide.
This incident comes barely six months after a medical doctor identified as Allwell Orji jumped to his death from the third mainland bridge into the lagoon.
UPDATED: Identity of Man Who Jumped Into Lagos Lagoon Revealed was last modified: October 20th, 2017 by Arinze Ago