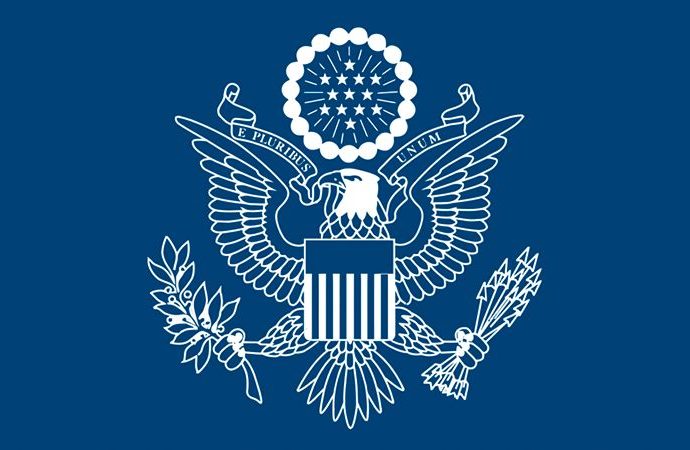 The Nigerian government took steps to increase its counter-Boko Haram efforts in 2016, the U.S. Department of State said in its terrorism report released on Wednesday.

The report detailed the activities of Boko Haram in Nigeria and the Lake Chad Basin region, and other terrorist groups in 103 countries.

The department in the report noted that the Nigerian government took steps to counter Boko Haram attacks.

“Nigeria continued to work with other Boko Haram-affected neighbors in the Multi-National Joint Task Force (MNJTF) that facilitated collaboration and coordination on counter-Boko Haram efforts.”

In the Lake Chad Basin, the MNJTF, comprising Benin, Cameroon, Chad, Niger, and Nigeria, successfully coordinated defeat-ISIS-West Africa and counter-Boko Haram efforts that increased pressure on the groups, it said.

“Although degraded, Boko Haram continued an asymmetric campaign of kidnappings, killings, bombings, suicide bombers, and attacks on civilian and military targets throughout northeast Nigeria, resulting in a significant number of deaths, injuries, and destruction of property.”

The report pointed out that states where attacks occurred most frequently were in northeast, particularly Adamawa and Borno, adding many Chibok schoolgirls still remained in captivity, “although some of them were found and the Government of Nigeria successfully negotiated the release of some”.

“Terrorist activity accounted for the displacement of nearly two million persons in the states of Adamawa, Bauchi, Borno, Gombe, Taraba, and Yobe.

“The Nigerian government continued to facilitate the return of internally displaced persons to their home communities,” the report found, however, adding “sometimes, adequate security and appropriate conditions were not put in place “for safe, informed, voluntary returns.”

“In partnership with international donors, the Nigerian government set up several institutions to coordinate the reconstruction of areas destroyed by the conflict in the northeast.”

It noted an Interdisciplinary Assistance Team comprising personnel from the Department of State, the Department of Defense, the Federal Bureau of Investigation, and the U.S. Agency for International Development.

The report said the team continued to work from the U.S. Embassy in Abuja, closely coordinating efforts with the Nigerian military at the Defence Intelligence Agency.

“Boko Haram carried out dozens of attacks in Nigeria through suicide bombings against civilians or attacks against Nigerian military,” it said, documenting more notable ones from Jan. 28 to Dec. 9, 2016.

“The Nigerian government actively cooperated with the United States and other international partners to prevent further acts of terrorism in Nigeria against U.S. citizens, citizens of third countries, and Nigerian citizens.

“Nigerian law enforcement agencies cooperated with the U.S. FBI to assist with counterterrorism investigations, including disruptions, information sharing, and interviews,” the report said.

It said the Government of Nigeria has the ability to freeze and confiscate terrorist assets as required by the UN Security Council (UNSC) ISIL (Da’esh) and al-Qa’ida sanctions regime.

The report, however, said that “while there is political will to freeze assets, bureaucratic processes occasionally cause delays.

It said Nigeria was one of the founding members of the Global Counterterrorism Forum adding primarily through the presidency, Nigeria took a leading role in continuing a multilateral dialogue between countries in the region on how better to coordinate regional efforts to confront networks of terrorist groups that cross national borders.

“Nigeria also agreed to serve as a pilot country for the Global Counterterrorism Forum-endorsed International Counterterrorism/Countering Violent Extremism (CVE) Clearinghouse Mechanism, which is being developed as a means to help countries and donors optimize civilian counterterrorism and CVE capacity-building programmes.

It said the National Consortium for the Study of Terrorism and Responses to Terrorism at the University of Maryland noted that the total number of terrorist attacks in 2016 decreased by nine percent.

It added total deaths due to terrorist attacks decreased by 13 percent, compared to 2015 and this was largely due to fewer attacks and deaths in Afghanistan, Syria, Nigeria, Pakistan, and Yemen.

The report stated that 75 percent of all deaths due to terrorist attacks in 2016 took place in five countries – Iraq, Afghanistan, Syria, Nigeria, and Pakistan.

US commends Nigeria counter-Boko Haram efforts in 2016 was last modified: July 20th, 2017 by Arinze Ago

The Longer a Woman Stays With a Man, the More She Hates Sex – New Study