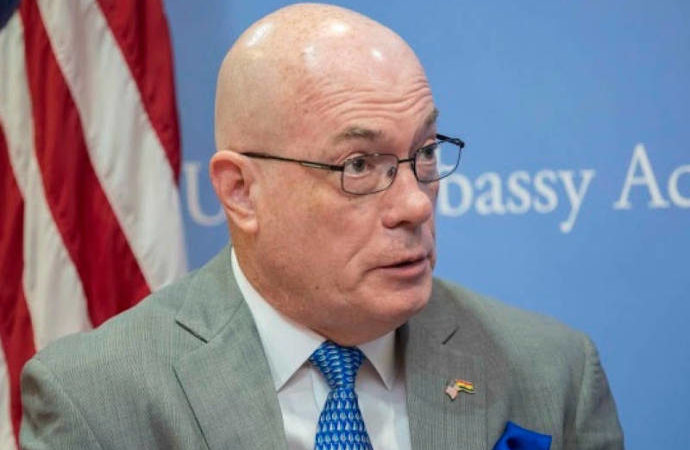 The United States ambassador to Ghana, Robert Jackson, said about 7,000 Ghanaian immigrants in the country face deportation for visa-related offences including staying illegally, over staying their permits.

Jackson disclosed this during a meeting with Ghanaian media men.

“In fact about 7000 of them are currently at different stages of the deportation process. And we are not apologetic about that,” Jackson said.

The US planned move comes hours after the United Kingdom blacklisted three serving legislators of Ghana’s Parliament over visa fraud. The MPs had left their relatives to live in the UK illegally after travelling with them to the country.

Last year, the United States deported 108 Ghanaian immigrants for reasons including drug-related offences, staying illegally, over staying their permits and other crimes.

They were returned to the Kotoka International Airport in November.

The deportees refused to disembark from the plane in protest of alleged inhumane treatment including shackling before and during the journey.

It took the intervention of Ghanaian security and immigration officials to convince them to disembark after over an hour.

US President Donald Trump has vowed to deport illegal immigrants and immigrants with criminal records as part of his immigration policy, the roll-out of which is being challenged in the court.

Despite former President Barack Obama’s push for immigration reforms, a record 2 million deportations were executed during his administration.

US to deport 7,000 Ghanaians for visa-related offences was last modified: April 28th, 2017 by Arinze Ago