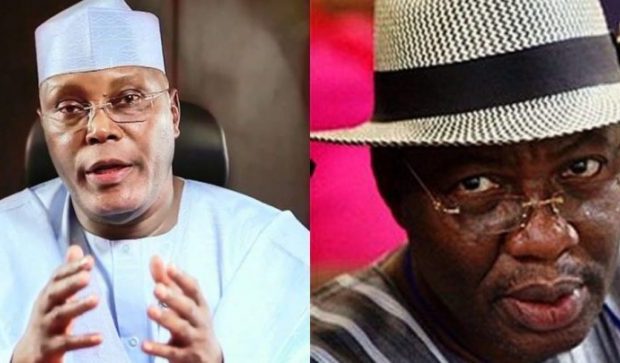 The director-general of Atiku Abubakar campaign organisation, Mr Gbenga Daniel, says the Peoples Democratic Party (PDP) presidential candidate has been asked to come for his US visa.

There have been reports that Atiku has not been able to visit the US over an alleged criminal case against him, a claim he has denied on several occasions.

He recently said his visa application is “going through the administrative process”.

Speaking during a Channels TV programme on Wednesday, Daniel quoted the US state department as saying it has “no issues” with the presidential candidate.

“If you look at the newspapers in the last few days, we have a statement issued by the US state department that they have no issues whatsoever with Atiku Abubakar,” he said.

“I can also confirm to you that in the last few days, there have been signals from the American officials that he should indeed come forward. They want him to come; that they will grant him the visa.”

Daniel added that the issue of alleged corruption involving Atiku is without evidence, describing it as “politically-motivated perception”.

“I remember when we were running the campaign in the primaries and everybody kept confronting us on this perception and we brought it out in the open that indeed it is no more than perception, a politically-motivated perception which unfortunately appears not to have stopped,” he said.

“By and large, I think as we move toward the real issues, people would just realise that this is just politically motivated issues.

“I have repeatedly said that this is not a Banana Republic. Nigeria as a people, we know our weaknesses, anything that is negative about our leaders, we are ready to believe it.”

US Invites Atiku For His Visa – Gbenga Daniel was last modified: November 1st, 2018 by Damilare Salami

FRSC To Embark On Ember-Months Sensitization Programme In Unique Way