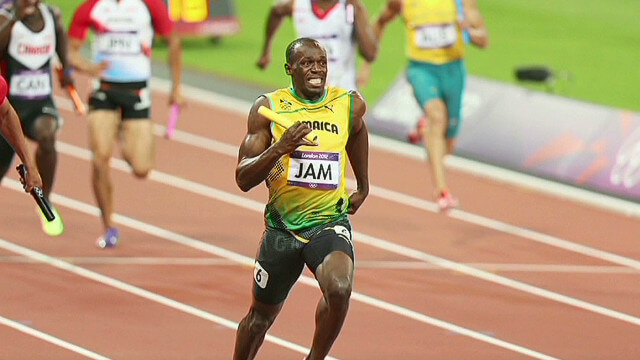 South African Van Niekerk had been hunting the first 200m-400m double since Michael Johnson 22 years ago, while Makwala of Botswana had run a solo time trial to get this far after his initial controversial exclusion on medical grounds.

But the 27-year-old Guliyev, who switched allegiance from his native Azerbaijan in 2011, held off Van Niekerk (20.11 seconds) and Trinidad and Tobago’s Jereem Richards (20.11) to win Turkey’s first gold medal at a World Championships in 20.09 and pull off another upset at an unpredictable London 2017.

“This is not a shock,” said the champion. “But it does not feel real.

“I have shown my best throughout this competition. I delivered my best race at the right time. I’m so happy to be world champion. This is the best moment of my career.”

Nethaneel Mitchell-Blake was 0.13 seconds off bronze in fourth, another close miss for Britain to go with the fourth places for Laura Muir in the 1500m, Kyle Langford in the 800m and Callum Hawkins in the marathon.

Mitchell-Blake told BBC Sport: “I am glad to come through healthy. I feel like I have let the nation down today. I know I had the calibre to get a medal. I wanted to win. That’s all I thought about when I go out there.”

It has been a week where many of the big names have struggled, but one of the sport’s great champions, double Olympic and world triple jump gold medallist Christian Taylor, once again excelled on the biggest stage as he held off fellow American Will Claye in a thrilling, seesaw final.