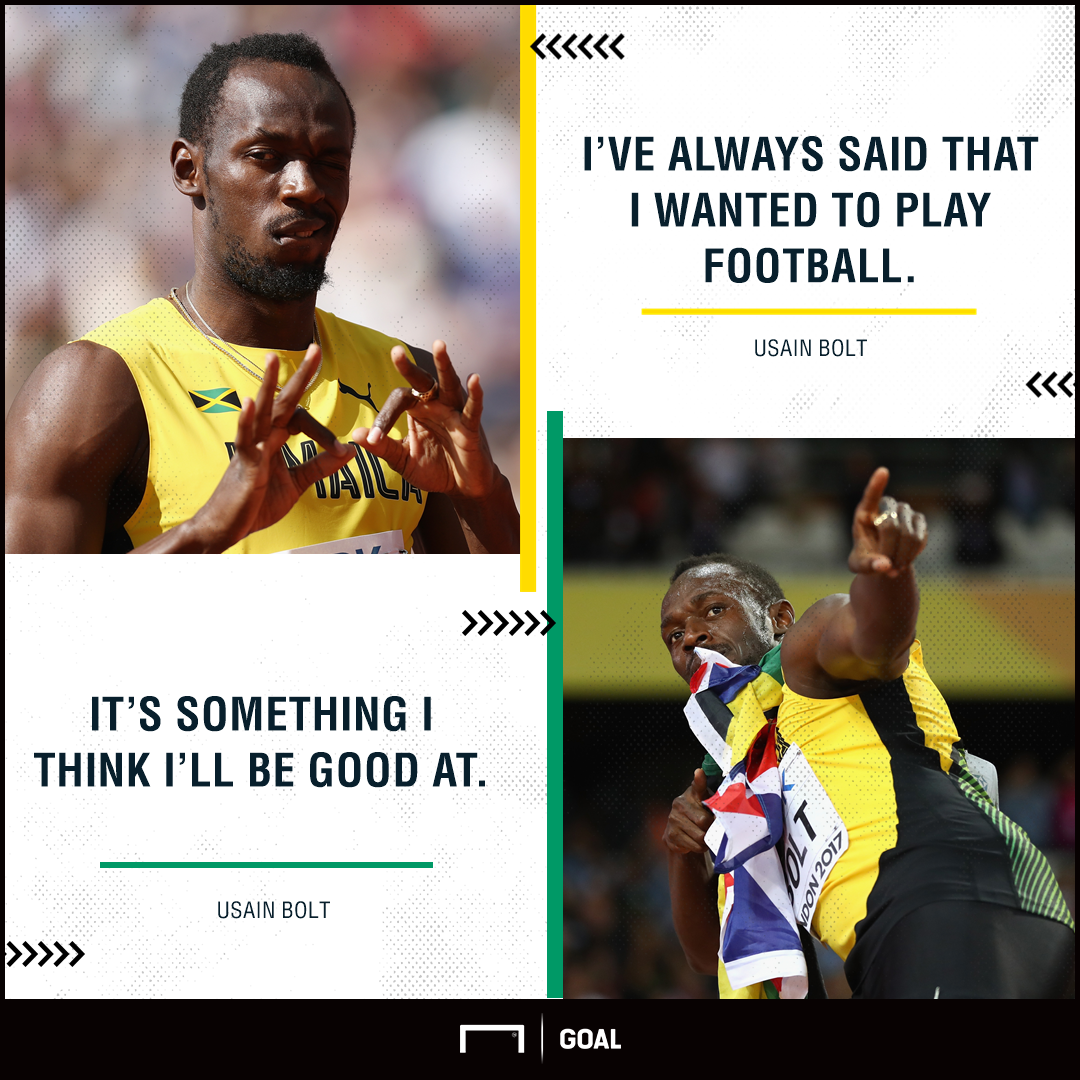 The 30-year-old, who won an astonishing 19 global titles during a glittering career, has walked away from the track at the end of the 2017 World Championships in London

“But right now, after pulling my hamstring, I’m not really worried about that at this moment.”

Bolt could get the opportunity to prove his worth on September 2, if he can shake off his injury in time, with talks being held regarding an appearance in a legends game between his beloved Red Devils and Barcelona at Old Trafford.

Borussia Dortmund are also set to open their doors to an iconic figure, with Bolt’s agent having admitted earlier this month that a training opportunity has arisen.

Ricky Simms told the Daily Star: “There are a million other opportunities for him and he is ready to move on to the next chapter.

“Football he has always talked about. If you ask him he will want to play football and because he has said that we have had a dozen clubs who would like him to go for a trial with them.

“I don’t want to name names but he will go to Dortmund because the CEO of Puma, who is a good friend of ours, is on the board at Borussia Dortmund. He will go to train with them.

“Can a sprinter who is 30-years-old play in the Bundesliga or the Premier League? Realistically that is a step too far. I think if he had six months or nine months playing and training with a team then he could play at some level whether that is League One or League Two.

“He would hit me on the head for saying he is not going to play in the Champions League, but I don’t know realistically if he has the motivation at this stage of his life to go training with the reserves on a rainy day in Manchester or Munich or somewhere as he is a wealthy guy and has a great life.
“With football though, in some form you will see him.”

SEE ALSO: NADAL OUST FEDERER AS WORLD NO 1 AFTER THE FORMER PULLED OUT OF CINCINNATI MASTERS