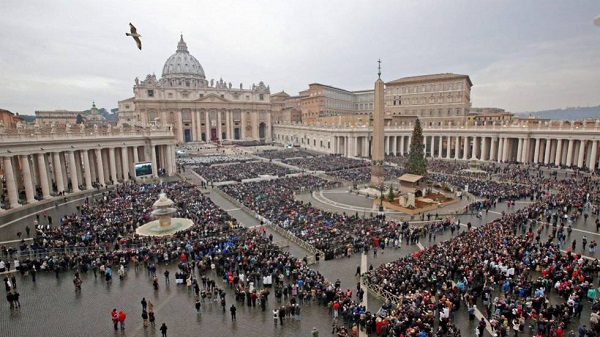 On Sunday for the first time ever the readings from holy Quran will be heard at the Vatican. This move was initiated by the Pope Francis in order to bring peace between Israelis and Palestinians.

Peres’s spokesperson has announced in Times of Israel that Abbas, Peres, and Pope Francis will be joined by Jewish, Christian and Islamic religious leaders.

According to the officials, these evening prayers would be a “pause in politics” and have no political aim behind it other than the desire to bring peace and respect to the Israeli-Palestinian relations, states the Associated Press.

The Vatican will broadcast the event worldwide through the official website.

However, Rev. Pierbattista Pizzaballa, the custodian of Catholic Church property in the Holy Land has announced that people should keep their expectations low when it comes to this event.

[No-one should think] “peace will suddenly break out on Monday, or that peace is any closer,” he said to AP.

The Vatican has also announced that on Friday, the Pope also held a meeting with Japanese Prime Minister Shinzo Abe, and both leaders discussed possible ways of promoting peace and stability in Asia.

Vatican to hold Islamic prayers for the first time in history was last modified: March 21st, 2017 by Online Source