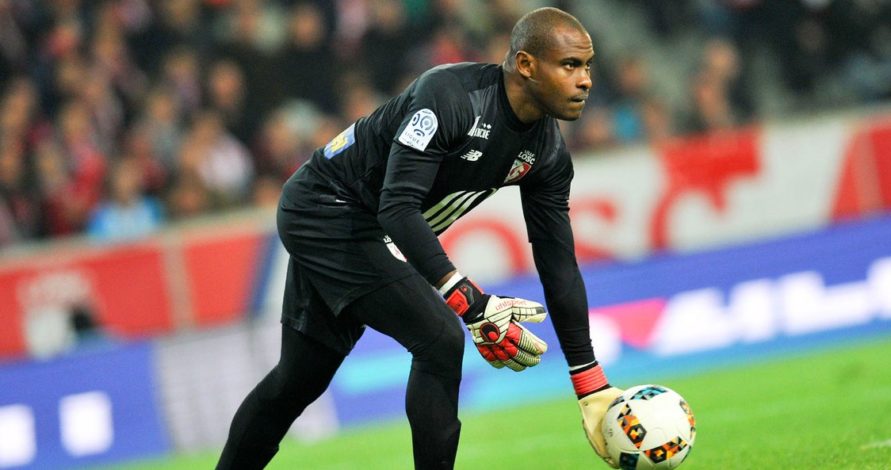 The parting according to the club was on mutual consent in a no victor no vanquished agreement.

In a brief statement on the club’s website, Les Dogues confirmed that the 36-year-old’s contract had been terminated by mutual consent.

“Beyond his performances, LOSC and its supporters will remember Vincent’s smile and his enthusiasm,” the statement read.

“The club wishes him the best from now on in his future projects.”

The Nigeria international joined the club from Hapoel Tel Aviv in 2011 but hasn’t featured for the Northern side since April 2017.

He was deemed surplus to requirements by the previous coach Marcelo Bielsa and was overlooked by his successor Christophe Galtier.

The stopper played 164 games for Lille and came close to breaking Gaetan Huard’s record for consecutive Ligue 1 minutes without conceding in the 2013-14 season.

The former Bnei Yehuda ace, who won the Africa Cup of Nations with Nigeria in 2013, was part of the side that was defeated by Paris Saint-Germain in the 2016 League Cup final.

Enyeama in what could pass as confirmation of friction-less departure shared a message of thanks to the LOSC Lille Supporters.

“The adventure has ended,” Enyeama began, writing on his @Vinpee Twitter handle. “I thank the Lille supporters for their incredible support during these seven years, which were, for me, years of happiness and joy.

“Thank you, a thousand times, thank you, for this love that you’ve given me.”

Enyeama arrived at Lille from Hapoel Tel Aviv in 2011 and would go onto make 164 appearances for the club. The highlight perhaps came in the 2013-14 season, when he went within 114 minutes of equaling Gaetan Huard’s record for consecutive Ligue 1 minutes without conceding.

“You will always have a special place in my heart,” Enyeama added. “Your songs and your cheers will stay engraved forever. Love you guys!

“Thank you also to all of the staff of LOSC, the medical staff, with a particular mention to all of the reserve team in N2 [The French Championnat National 2], and their medical staff.” submitted Enyeama who has been to three world cups 2002, 2010 and 2014 with the Super Eagles but exited the national team under controversial circumstances under former Super Eagles coach Sunday Oliseh.