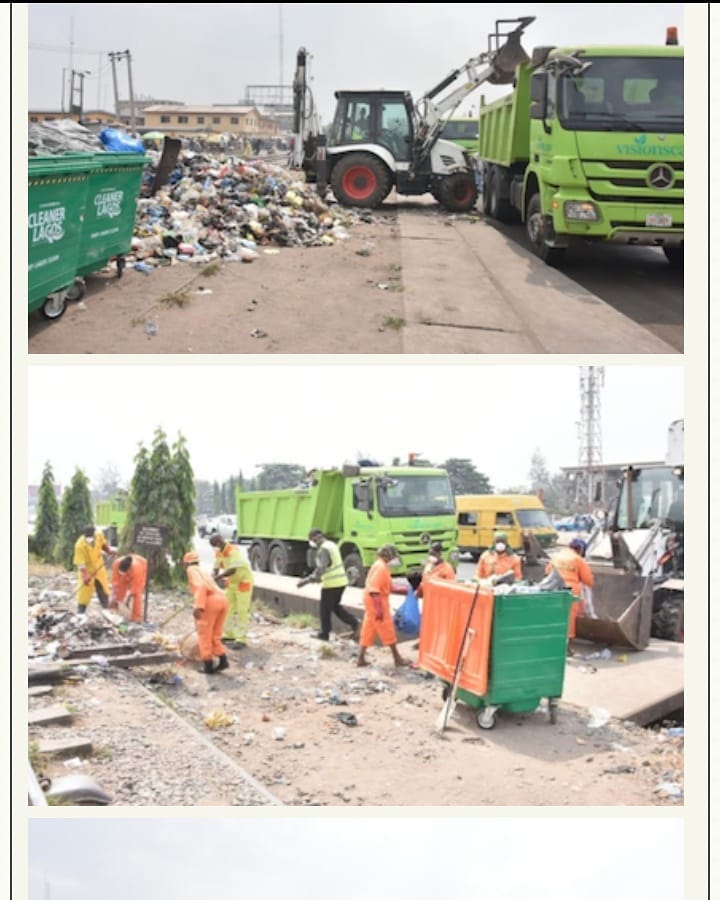 Visionscape has suspended its operations in Lagos State following a series of threats to the lives of its empioyees and destruction of its operational vehicles and equipment.

In a statement signed by Simon Reading, Chairman of the Board of Investors, it was concluded at the recently concluded Governance Committee meeting, ‘we passed a unanimous resolution to formally notify you of our concerns in response to the volatility in Lagos. At the time, we were given assurances that the accommodations made to the ‘PSPS’ by the franchise team would be sufficient to appease those who felt that Visionscape had taken away their jobs’.

The statement also states that, ‘with these priorities in place, we had great confidence that we would continue operations in Lagos State in a safe and uninterrupted manner.

However, security reports brought to our attention, contain details of a surge in violent attacks on the trucks/equipment and, in some cases the operators. Of utmost concern, are the recent developments surrounding the turbulent political environment wherein it was reported that the opposition in the upcoming gubernatorial race used subversive language about the residential collections contract and called it “a misadventure”.

“We, therefore, request that the Executive team take appropriate measures to mitigate the risks to the safety of our personnel and assets. We wish to hear from you as a matter of urgency, with a detailed plan to secure our investments in Nigeria and minimise attrition of the Group’s growth plan. We are committed to maintaining high levels of security and assuring the safety of the 1000+ Visionscape team members in-country.

In conclusion, we have steadfast confidence in your ensuring that extensive protocols and procedures will be put in place to ensure the security of our people. We believe firmly that no contract is worth jeopardizing that. We implore you to stay safe under the circumstances!”. 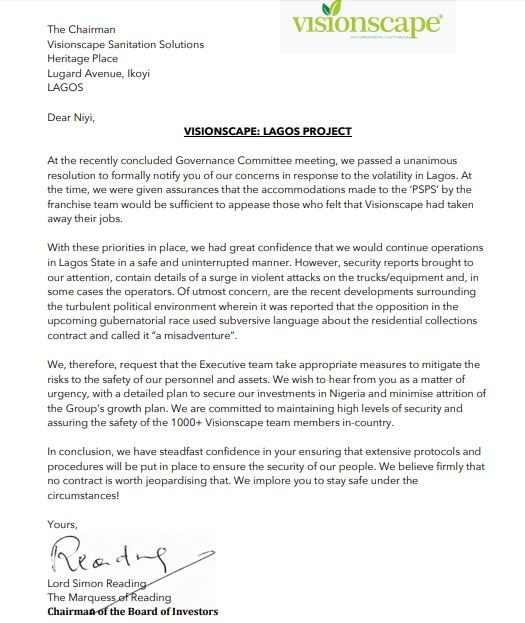