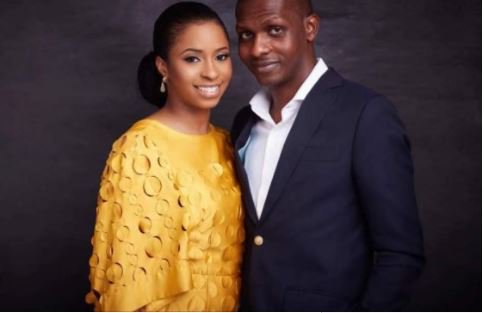 Vice-President Yemi Osinbajo has insisted on a low-key wedding for his daughter which comes up on March 17, reporters revealed

This is coming against the backdrop of fierce criticism that followed the wedding of the children of the governors of Kano and Oyo states on Saturday.

The ceremony, attended by President Muhammadu Buhari and 22 state governors, drew the ire of critics who felt the kidnap of 110 schoolgirls in Dapchi and an upsurge in Boko Haram killings should have necessitated a sober celebration.

Osinbajo is said to be concerned about the “mood of the nation” and has warded off pressures to do a “grand wedding” for his daughter, Damilola, who is getting married to Oluseun Bakare, a pastor in the Redeemed Christian Church of God and son of Bola Shagaya, a businesswoman and celebrity.

But expectations that it will be a high-society wedding have been doused.

“Left to the VP and his wife, it would have been the smallest and simplest of ceremonies, taking place in their backyard, especially given the current mood of the nation,” a family insider told TheCable.

“Nonetheless the VP seems to be swimming against a rather strong tide. For instance, the VP’s position compels him to inform and invite dignitaries, many of who will cry blue murder if left out of the invitations.

“But for a man known for his unassuming nature and humble mien, these circumstances have invited the dilemma of how to moderate the occasion and balance out the wedding outlook considering the current mood of the nation.”

Osinbajo “has firmly concluded” on doing everything, except the church service, within the state house, newsmen revealed .

“This should by itself limit the crowd and ensure that the event is not blown out of proportion,” the source said.

The invitation cards are unusually hard to come by as Osinbajo has refused to circulate them until late.

Davido Narrowly Escaped Being Beaten While His...