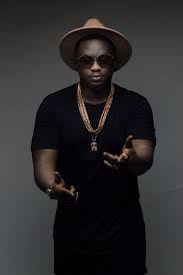 The former Mo Hits strong man took to his Twitter handle @wandecoal on Friday to announce the release of the video.

He sang about a lady that was driving him crazy and at the same time wanting him.

Somiso was produced by Juls which audio was officially released in May 2018. Obama Dances With His Grandmother After Arriving Kenya (Video)