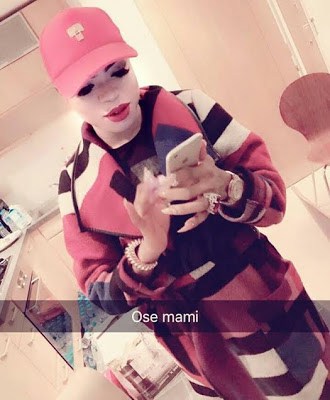 Social media sensation Bobrisky, on his return from the United Kingdom, says he has already done a transaction worth 1.2million with a whopping N7million on the way.

Well, actress Halima Abubakar wasn’t in the mood to witness his showoff and threw shade at him via her own Snapchat account

Her thoughts on what Bobrisky shared:

Apparently, Bobrisky saw this and couldn’t stomach it at all, especially the fact that ‘poverty’  was mentioned in it. He clapped back at her by stating she lacks sense and even if she has, she borrowed it from a mad woman. He went on to call her an ‘Ugly fat face’ and she can well block him on the social media platform.

See his snap below….

I Was Scared To Tell My father...