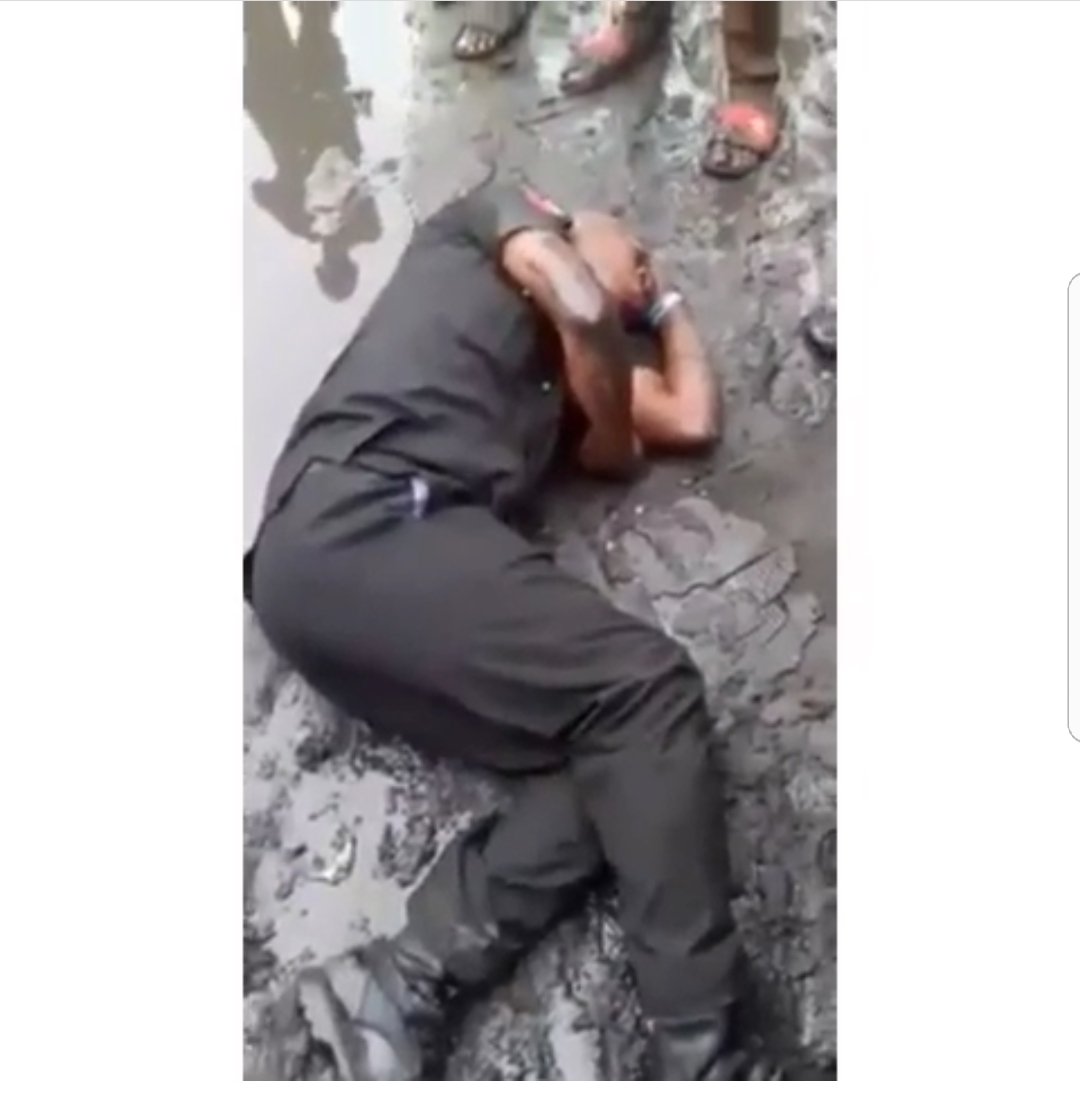 A video showing a drunk policeman lying on the floor and being mocked by passersby has surfaced and gone viral on the internet.

In the undated 30-second video clip, the middle-aged man, clad in his uniform, can be seen in an intoxicated state, holding a wrap of an unknown substance in his hand.

The people, who filmed the incident, can also be heard in the background asking him questions while making jest of him as he replied in pidgin English.

“I am a Nigerian police,” the officer said.

“Where your gun dey?” Asked one of the passersby, who appeared to be a man. “I no get gun,” he replied.

“Dem no give you gun abi you don sell am?” He inquired amid laughter. “No, I no get gun o,” the policeman retorted.

“Wetin make them no give you gun?” He further asked. “Because I go kill people,” replied the officer.

His response sparked a chorus of laughter among his interrogators as they continued with more questions. “Na Nigerian police be this o,” they chorus.