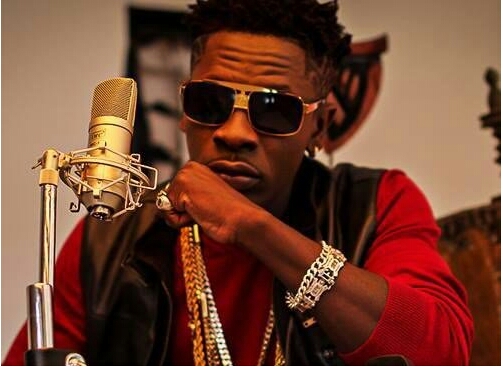 Popular Ghanaian music producer and reggae-dancehall star, Charles Nii Armah Mensah Jnr., known by his stage name, Shatta Wale, has been captured on camera viciously attacking his own bodyguard at the S-Concert held at the Accra Sports Stadium over the weekend.
The video clip which emerged online and went viral, shows the dancehall singer performing on stage when a fan climbed onto the stage and reached for the singer’s leg.
Impulsively, one of the bodyguards rushed at the excited fan and shoved him away from the singer’s reach, and this apparently upset Shatta Wale who slapped the bodyguard so viciously that his cap fell off.
Watch the video below;
Watch Ghanaian Singer, Shatta Wale Slap His Bodyguard for Not Allowing Fans Touch Him on Stage was last modified: December 4th, 2017 by Arinze Ago