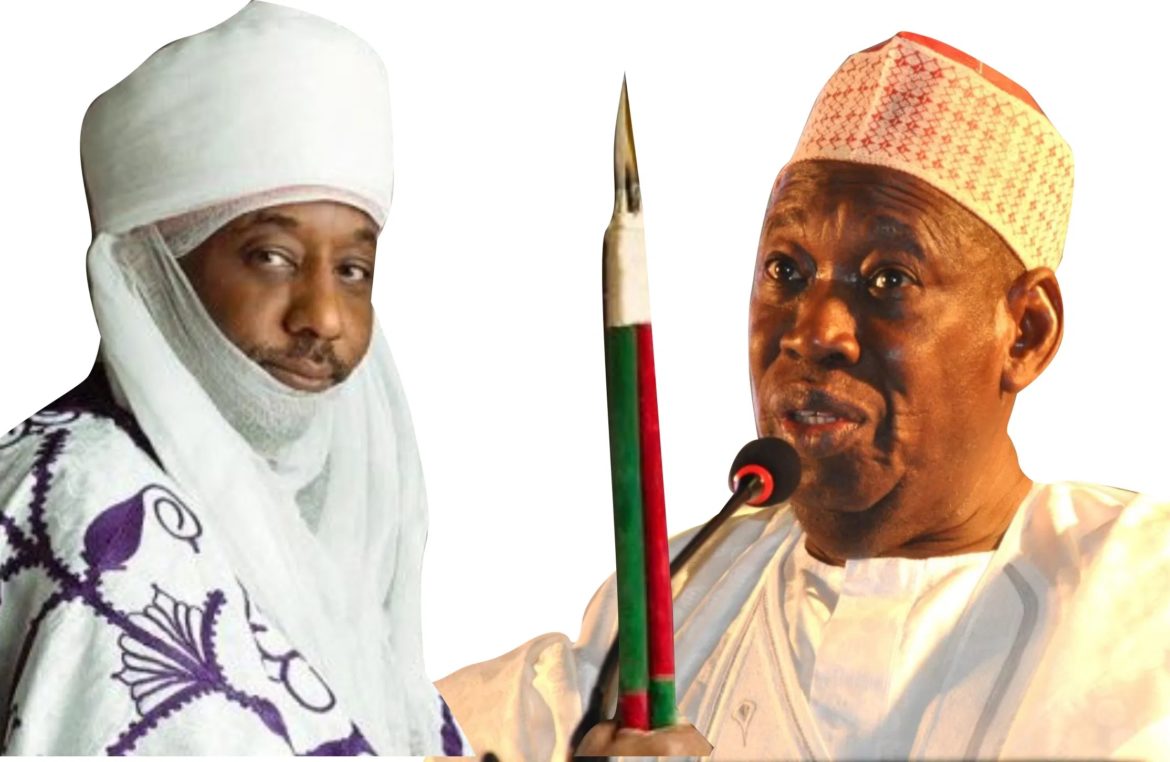 Kano State Government on Wednesday said it did not banish the deposed Emir of Kano Muhammad Sanusi II.

“You see, If you listen to the Secretary to the State Government when he was addressing the press on the issue of the removal of the emir from office, there was nowhere he said the emir was even banished from Kano State,” Kano State attorney-general Ibrahim Muktar said in an interview with Channels Television.

Sanusi’s stay on the throne for over six years expired on Monday after the Kano State Government announced his removal.

Secretary to the state government Usman Alhaji said the Sanusi was removed for his “total disrespect to lawful instructions from the office of the governor and other lawful authorities.”

He stated that Sanusi’s dethronement was necessary to preserve the “sanctity, culture, tradition, religion and prestige” of Kano people.

Security operatives arrived at the Kano palace to evict Sanusi. He was reportedly banished from the state.

But Muktar said Sanusi’s eviction from the palace is the practice in all states in northern Nigeria.

“That is the practice- once a new emir is appointed, the predecessor is evicted and taken out of the state to avoid a conflict of authority and allegiance from the people,” Muktar said.

He said security operatives should be held accountable for the whereabout of the dethroned emir, insisting that the government did not authorise the banishment

On Sanusi’s appointment as vice chairman of Kaduna State Investment Board by Governor Nasir El-Rufai, Muktar said the government has no personal issues with Sanusi.

Mahmoud issued a 24-hour ultimatum to the state government to release Sanusi or face legal action.

Kano State police spokesman Abdullahi Haruna Kiyawa could not be reached as at the time of filing this report.