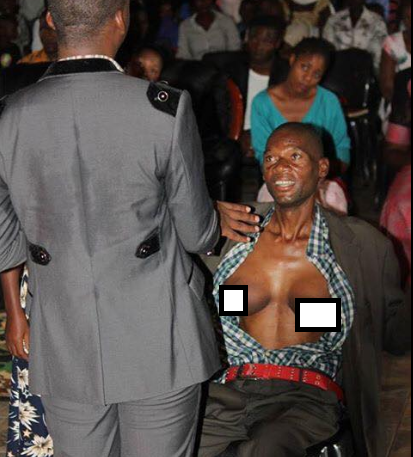 Facebook user, Brian, Jonah Dennis, had posted the man picture above alleged developed breast after he was charmed by a lady whom he promised marriage but later didn’t fulfill his promise.

A likely a medical condition that can cause a disease of this kind is called Gynecomastia. 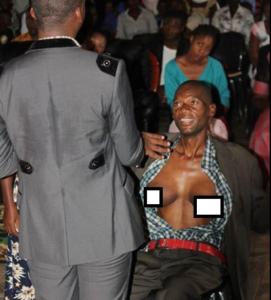 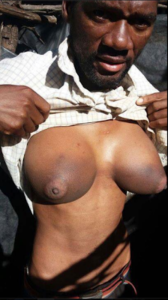