Home Entertainment Weird: This woman is in love with a robot and wants to marry it
EntertainmentWeird News 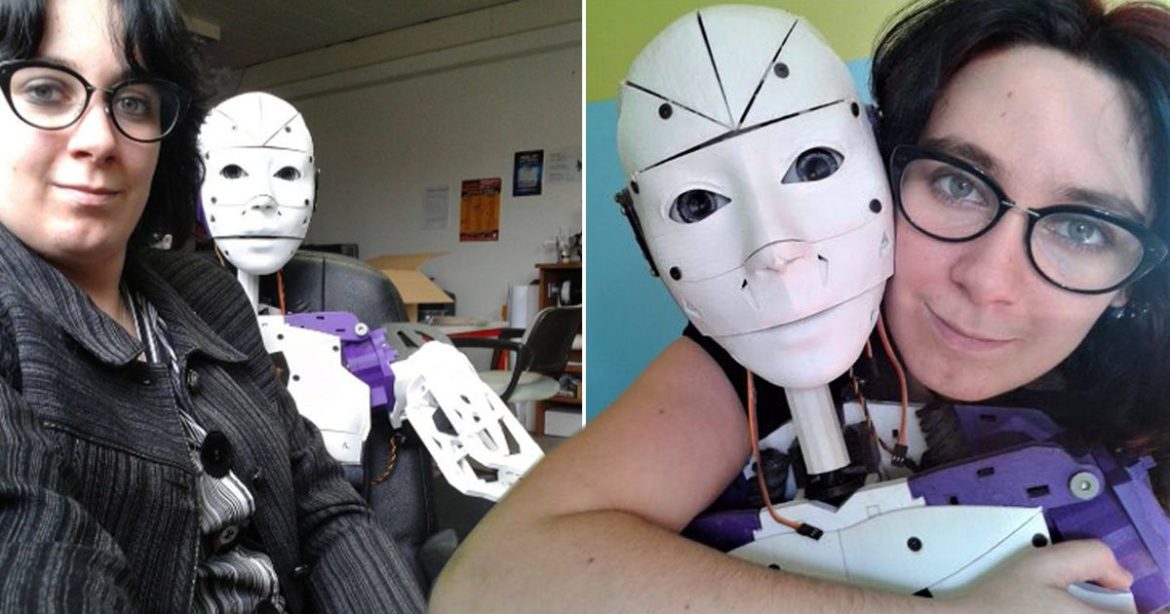 InMoovator and Lilly live together and are now engaged. Lilly hopes to marry the robot she made the moment human-robot marriage is legalised in France.

‘I’m really and totally happy,’ Lilly told news.com.au. ‘Our relationship will get better and better as technology evolves.’

Lilly describes herself as a ‘proud robosexual’, and says she’s only attracted to robots, not humans.

‘I dislike really physical contact with human flesh,’ she explains.

And so, after realising at age 19 that she was sexually attracted to robots, Lilly decided to build her perfect match.

Using open-source technology from a French tech company, Lilly created InMoovator and moved him into her house. They’ve since been living together for a year.

Lilly wouldn’t confirm whether or not she has a sexual relationship with InMoovator, but hopes to marry the robot if France legalises human-robot marriage, which robot expert David Levy reckons could happen by 2050.

In the meantime, Lilly plans to become a roboticist so that she can turn her passion into a career – and know how to fix any technical relationship difficulties.

Weird: This woman is in love with a robot and wants to marry it was last modified: December 26th, 2016 by Reporter