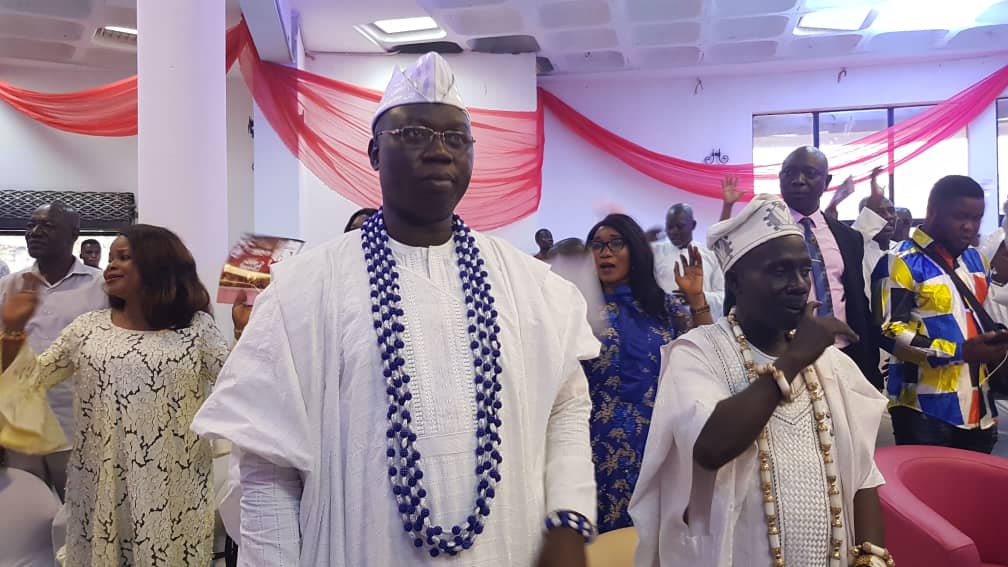 Organising a Christmas Carol is never a new initiative but I need to clear the air on why today’s event is remarkable, using my story as a good example. While growing up, I had a special privilege to be brought up by my parents with interest in the two prominent religions. My parents had liberal ideas about religion. For instance, my father, the late Lamidi Adams was a Muslim, while my mother, the late Dada Adams nee Aduloju was a Christian from the Cherubim and Seraphim doctrines.

Like every other child, I had the most of my training as a Christian despite the fact that my father was a Muslim. During special occasions like the Ramadan, we always observe Ramadan fasting. Most times, during Eid Fitri, and Eid Kabir, we would celebrate and have great moments with our Muslim brothers, families and friends.

That was how it had always been for me also during Christmas, Easter and other festivals. So with this sort of narrative, I grew up becoming a liberal person with little interest in knowng about the traditional religious beliefs and practice. This was how it all started.

From my background, experiences and exposures, I am always open to new ideas, and I am willing to depart from established opinions and conventions. For example, I have a sacred alter in my room, which I use to pray and communicate to the most high God.

During special occasions like the Ramadan, we always observe the fasting. Most times during the Eid-il Fitri and Eidil Kabir, we would celebrate and have great moments with our muslim brothers, families and friends. That is how it has always been for me during Easter and Christmas.

This is how I grew to become a liberal person with little interest in knowing about traditional religion, belief and practice.

Today, with such deep exposures and understanding, I think there is need for people to change their perception about us, especially now that we have a big role to play in unifying people of various religious affiliations in Yorubaland.

How ASIWAJU Plans To Win The Key...

Jubilation as Most Wanted Serial Killer in...