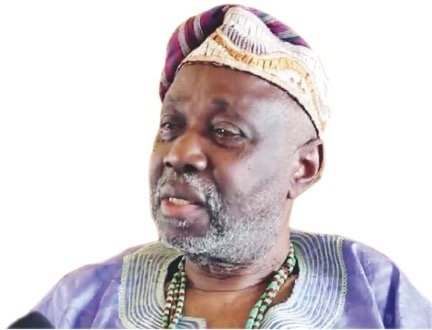 “Don’t call it African traditional religion. That comes from a Christian mindset. What that means is that it is not really a religion but tradition. Why don’t they say Christian or Islamic traditional religion? I call it indigenous African religion because every religion has its own tradition.
“I taught at Boston University for seven years as a professor of divinity and at Harvard as a professor of literature. I taught in 10 American universities and I always tell people that that appellation is not right.”

WHAT IS IFA?
“Ifa is one of the orisas (divinities) of Yoruba people. It started in Ile-Ife since the beginning of the Yoruba race. We know of Obatala, Ogun, Oya, Osun and so on. Ifa is one of them but it is different because it has more extensive literature than any other divinity. All the chants of Ogun can be rendered in two volumes; like the size of a Bible.
“But that of Ifa is versed. There are 256 odu (books of) Ifa. Each odu contains 800 stories. The first book is Ejiogbe and it has 800 stories. In all, we have a total of 204,800 stories. That will fill the size of a large library. There is no other literature in the world that has such volume. Ifa is the greatest heritage of Africa. It talks about everything. It is our own encyclopaedia which is held orally. It is a testimony to the fact that the human brain can retain a lot of information without having to write anything. Unfortunately, a lot of it has been forgotten but a good deal of it is still alive.
“I have written 10 volumes on Ifa alone and they are being used around the world. Nigerians don’t read books. In schools, they just read handouts or a few texts given by the teachers. About 25 years ago, I noticed that some of my books were not available, so I re-edited some of them. One of such books now sells for $1000 per copy in the US.
“I gave some of my books to bookshops in Nigeria and encouraged them to sell on return basis. After a year, none of them reported the sale of the books. Some even lost the copies. Odusote Bookshop in Ibadan sold a few copies. In Nigeria, we would rather read newspapers.”

ARE YOU A BABALAWO?
“Of course I am. I studied Ifa as a youth in Oyo and studied more in Ile-Ife and other places. In 1971, I was initiated as a Babalawo. Ten years later, all the Babalawos in West Africa converged in Ile-Ife to install me as their Awise Agbaye (their mouthpiece).
“The job of a Babalawo is to cast Ifa. There are instruments of Ifa like the divining chain, and Ikin which is made of sacred palm nuts. The palm nuts have between three to 16 eyes so they can see. When Orunmila or Ifa was alive, he had two eyes in the front and two at the back. A Babalawo will cast and see everything that will happen to the client. It is completely scientific.
“It is different from being possessed by orisa like a Sango or Osun priest. After feeding and dancing to those orisa, they can possess you and you will start saying what they ask you to say. Babalawo does not function like that. He uses verses of the odu that he casts.
“You can only help your client when you have memorised many verses. Not all of them know all the verses and that is why they work in group. Each of the Babalawo in the group will know different verses and they can chant for more than an hour while attending to a client.
“There is an Awise Agbaye who is the lord of Ifa. If he is around, he will interpret the verses for them. Ifa is the greatest African gift to the whole world. Unfortunately, while Ifa has travelled all over the world, Yoruba people, who are the real owners are ignorant about it because somebody changed our minds. There are white people who are now Babalawo and some of them have private jets from the practice.
“In New York, there are more than 2000 Babalawos and in Miami, there are more than 100,000. Some of them own banks and function in the legislative house. There are thousands of them in Cuba and other countries.”

READ ALSO: IFA VERSES CAN BE DOCUMENTED INTO A BOOK LIKE BIBLE OR QURAN – PROF WANDE ABIMBOLA