Home News What I discussed with Asiwaju Bola Tinubu, by Sanwo-Olu
News 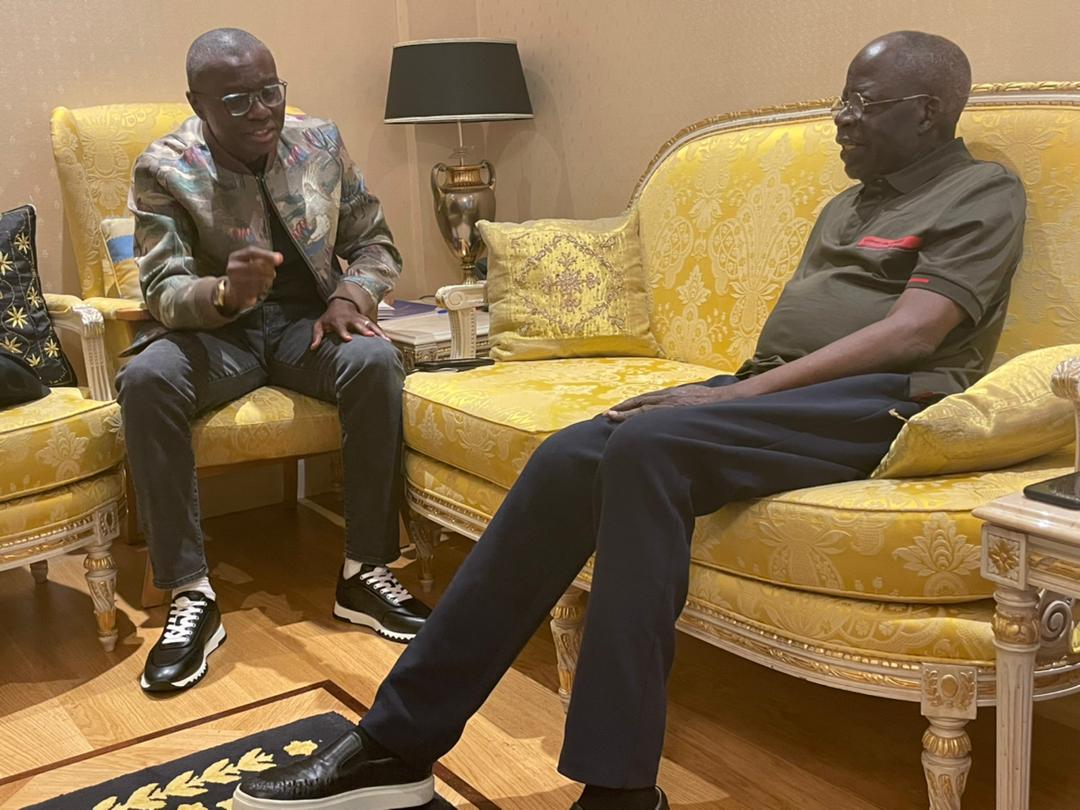 Sanwo-Olu spoke on his Tuesday’s trip to London, the United Kingdom (UK), where he discussed party affairs and issues of national interests with the one-time Lagos governor.

He said his meeting with the APC leader and their photographs should dispel the rumors about Tinubu’s state of health.
The social media was awash few days ago that Tinubu was hospitalised and undergoing a major surgery in Maryland, the United States (U.S.) over an undisclosed illness.

But Sanwo-Olu dispelled the rumours during an interview with reporters few hours after his return from the UK. He said Tinubu is hale and hearty, adding that they both discussed unfolding developments in the APC, national issues and other matters.
He said: “Yes, indeed, I am the one you saw in the picture that I took when I visited our leader in London just to dispel all of the rumours that were flying around that he was sick and hospitalised.

“I went to see things for myself. It is just to put the mind and heart of people to rest that there is nothing for us to worry about.”

When asked when Tinubu will return to Nigeria, the governor Sanwo-Olu said only the APC leader will decide when he will return from his foreign trip.
“A man has discretion as to decide when to go out of the country and when to return. It is his call. Is he coming here to do governor’s work? Can’t you see the picture we took together? Picture doesn’t lie,” he said.

What I discussed with Asiwaju Bola Tinubu, by Sanwo-Olu was last modified: August 5th, 2021 by Reporter