What Made Me Join KWARA Governorship Race – ABDULRAZAQ ABDULRAHMAN 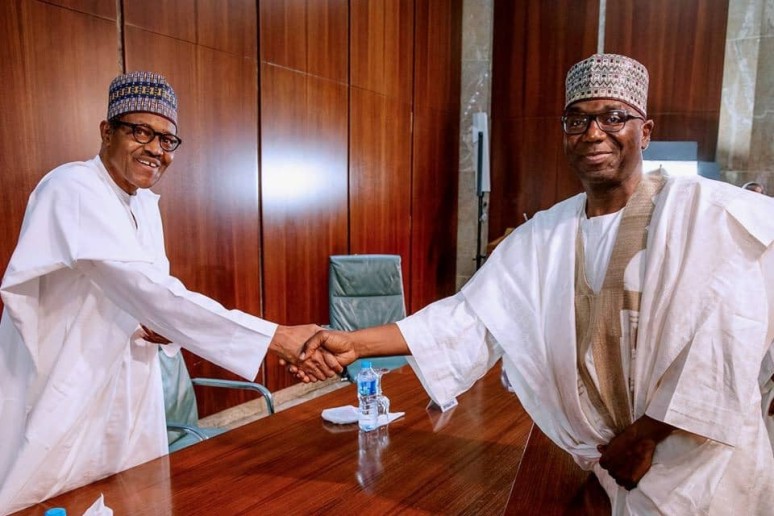 Alhaji Abdulrazaq Abdulrahman is the Kwara APC governorship candidate. His entry into the race has rattled members of the Kwara PDP who feel, Rahman is a hardnut to crack. They don’t see him as a walk over at all. They know he is a tough cookie, who is rugged.

Last week, Rahman revealed a lot about why he is in the race and why he can’t work with Senate President, Bukola Saraki.

It’s a common knowledge that propaganda, misinformation and manipulation of thoughts are cheap tools in the hands of shenanigans who would not stop at anything to rob the people of their own will. But, frankly speaking, it’s appalling that some local conspiracy theorists would take their shenanigan to the level of saying I’m working with, or for, Bukola Saraki.

I can’t overemphasize the fact that my basic principles and political ideology have never been in consonant with Saraki’s politics. When I heard about this rumour, I couldn’t help but wonder how do people conjoin these frivolities.

Why would I join Bukola Saraki in sabotaging my own effort to liberate Kwara? Is it money? When I launched my company, First Fuels, in the 80s, I never thought I would have the little I have today. Is it fame? I say this with all humility, the AbdulRazaq family is one of the most popular families in Ilorin particularly and Kwara State entirely.

My brother, Alhaji. Alimi AbdulRazaq brought PDP to Kwara State in 1999 and ran on its platform against the Saraki-backed Mohammed Lawal of blessed memory. I ran under President Muhammadu Buhari’s party, CPC, in 2011 against the defunct ACN candidate, Mohammed Dele Belgore, who is today a partner in struggle, and Saraki’s stalwart AbdulFatah Ahmed. Even though I lost, I lost based on principle and very popularly.

Friends and associate of mine, my father included, advised me to focus on my business. They asked me to do away with Kwara politics but continue to care for our people. I agreed. But sometime around mid-2014, I visited my family home at Idigba, Adewole, Ilorin. It was a sad adventure. There was no development. Nothing has changed. There’s even no signal it would any time soon. The environment remains the same way it was when I was born, the same way in the 70s, 80s, 90s, ’03, ’07, ’11, ’15, till now.

However, since the 80s, I’ve been running businesses all over the West Africa. I have, like many others, especially the political elites, travelled to many cities in Africa, Europe, Asia and America. But no two visits to these countries give you same experience, same adventure, same enjoyment. Things are changing on a constant basis. One thing I can say about this experience is that selfless leadership is key. Have you read “My Vision” by Muhammed Bn Rashid Al-Makhtoum? Look at United Arab Emirates, a desert. Have you read “The Singapore Story” by Lee Kwan Yew? See the transformation in Singapore. There’s no other way to put it, Kwara State needs a new leadership. A selfless one.

It is on these thoughts that I said to myself: it’s time I returned home. I started Irapada Kwara and Kwara Emancipation Movement in the mid-2014. Bukola Saraki then joined the All Progressives Congress (APC). That time, I had started falling in love with the party especially its change agenda led by President Muhammadu Buhari, but I told myself: I’d rather remain in the opposition with the people rather than dine with their oppressor. I concluded that a viable opposition is more needed. We must checkmate these larcenists. Then I joined PDP in 2014 and ran for Kwara Central Senatorial Seat under the platform against Bukola Saraki of APC. The election was gowned with many dark stories. God be praised and adored, Saraki showed the APC his true colour. Then I was able to reunite with President Muhammadu Buhari and the progressives.

Fellow Kwarans, let me reassure you that the coast is now clear. Our decades of collective struggle has come to triumph. That said, it’s instructive to add that winning is not the all in all. We are going to do things differently. Very differently. These coming weeks before the elections are going to be long, no doubt. I am going to be rolling out my agendas one after another. I will engage you all, young, old, men, women, students, workers, business people, you name it, in your respective basis. Your voice will be the driver of this government.

The government of true change, under my watch, is not going to be business as usual. It’s never going to be government of a selfish few. To say that I’m working for Saraki is an insult on the generality of progressive Kwarans. I’ve not spoken with Bukola Saraki for many years. Neither in person nor on air.

Thanks and God bless.

What Made Me Join KWARA Governorship Race – ABDULRAZAQ ABDULRAHMAN was last modified: November 17th, 2018 by Reporter

Why Gov. AJIMOBI Does Not Joke With His Wife, FLORENCE