What Many Don’t Know About Late HARUNA ISHOLA 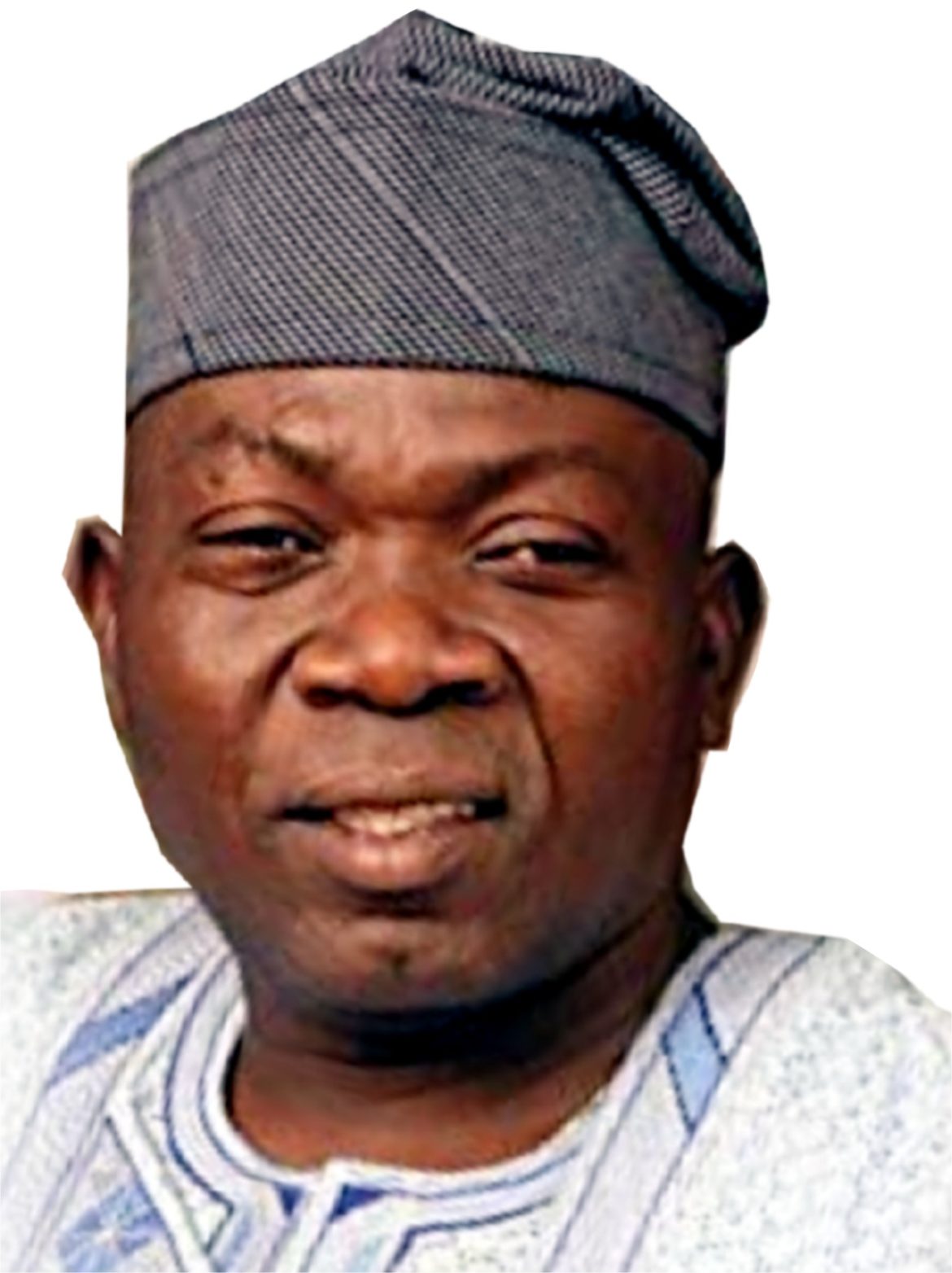 What is your most current song making waves?

Ori. I released it last year online. I did one for Alhaji Wasiu Ayinde when he celebrated his 60th birthday.  I released it online. I did one for Baba Eleganza. I released it Online. The good thing about releasing it Online is that at least you will get something back in return. It is better than doing CD. If you do CDs, the marketer will tell you, it didn’t sell but if it is Online, every year, they will pay you something. They will pay something into your account. It might be a small amount but it will be paid. The money I make Online is much more than the ones I have collected before. I make money from MTN, Zain, Etisalat, Glo. I am collecting money from them and for my music that is on Youtube, I make money annually. I made money from Veronica who made use of my song in America, I made money from her. She paid me. Nobody can use my music in either Nigeria or abroad and not pay me for it. Angelie Khidjo used my song. She came to Nigeria from America to see me to get my permission to use my song, through Mrs. Yewande Amusan, who was a Commissioner under Gov. Amosun. When she met me, she said she wanted to give me something, I said no need. She insisted on paying me for it and I collected it. That made me know that our work is becoming globally recognised.

Before a musician in the US can travel down to Nigeria to look for me to take my permission to use  my work, it means she values my work. It means my music is making sense. That is why I am thanking God. The Veronica lady I told you about earlier said she went to a party where they played my music and everyone was dancing. And she asked them: what is this person saying that is making all of you to dance? They told her and she decided that I want to use his music exactly the way he sang it. She confessed that she tried to translate it to her language it didn’t work, so she injected my music into her music exactly the way I sang it. She put it like that in her record. If you go online you will see it there. She congratulated me a lot Online. She praised my daddy a lot. She said she is happy I didn’t let my dad’s music to die. And do you know that  I didn’t know her before? It simply means God has blessed my music (Alubarika) that is why I keep thanking God. Its not by my power or my might. There are so many Apala musicians who can even sing better than me. But God has sustained me. He has continued to bless me and my music.

You have been singing for how long now?

I have been singing for 37 years, since 1983. I have been going with my daddy to shows since 1976. I started driving my daddy in 1977 till 1983 when he died. I was my daddy’s driver and he used to pay me N20 naira a month when he died on 9th November 1983. He was to have a show on November 12 in Isara Remo. Those who my daddy was to play for now came and said they wanted to take back their money. We now said they should not worry that we would come and perform at the event. We told them that someone will come to lead the band. We chose my daddy’s younger brother to lead the band. After we now set up, and we were ready to go that my daddy’s brother said to me. Musiliu, will you try to lead the band and sing? I said ok, let me try. That is how I became a singer.

How come you didn’t try to sing when your dad was still alive?

We were doing it together. We were in it together. I used to write down songs for him. My dad was a composer. Going by Yoruba culture, I am considered too young to talk about Dad. I am too young to narrate my fathers story. The truth of the matter is that my daddy did not have the benefit of Western education. He didn’t go to school. So whenever he comes up with a song, I will write it down for him. So that he won’t forget. He can then call on me anytime to remind him about the song he asked me to write down for him yesterday or 3 days ago. I will now dictate the song to him for him to cram it in his head until he can know it offhand.

But these days, for today’s musicians once you can have a school cert. you can cram easily but in my father’s generation, many of them did not go to school. So it was more tedious for them.

When your father was alive how did you view him? What was your view of him? Did you see him as a semi-god or a music icon?

Baba to us was like any other father. He was a normal daddy to us. We didn’t know we were living with a big man like that. We didn’t know he was a big icon, because we saw him every day. I was so used to my dad. Once he wants to go and sing he will say Musiliu, Oya go and bring your music notebook let’s practice and I will say to myself: what is my own with what this man is saying? I didn’t know this is what I will come back to live on. I did not know that my dad was handing over to me what I will depend on for life. When my dad sent all his kids abroad and it came to my turn, when I now say Daddy, its my turn to travel, he will say, go and sit down. You are not going anywhere. I want you here beside me to help me with my music. I want you here to supervise this music business of mine. I didn’t know I was going to grow up to become a musician like him. I didn’t know that he was deliberately teaching me to take over from him. After Baba died it now dawned on me that haa! Ok. This is what baba was trying to do for him. I started praying for me, for leading me right. He is a man I pray for every day, every minute. I felt bad that I didn’t understand him at that time. You know as a young man, in those days, I wanted to be free, to go out and enjoy myself. But Baba tied me down. He wanted me to always be by his side. But I thank God. All the places they know me today all over the world, it is this Apala that took me there.

It is also on record that your late dad was a very rich man before he died. In fact, they said he was a Millionaire in pounds and each time he decided to visit London, the MD of his bank and top Managers will meet him at the airport to welcome him with a Limousine. Are all these stories true?

Of course Yes. Why they all respect baba abroad, especially in London is because my dad, Baba, Haruna Ishola was one of the richest Nigerians. I remember my dad told me he became a Millionaire in 1966. He told me his worth. He told me he was worth N5 million then. When my dad went back to London in 1976 when he went to buy the instruments he wanted to use for Phonodisk, and he paid cash, in pounds, that is when all the Oyinbos became scared that haa! This Nigerian man is definitely a rich man. That is how even his contemporaries got to know that Haruna Ishola has money ooo.

Will you believe it if I tell you that the entire factory cost N4 million naira. The factory was the 1st in Africa. He bought a lot of cars. It was a big factory. All for N4 million. We thank God for his life, we keep thanking God. Do you know how rich late Harina Ishola was in his lifetime? He was the only musician who had a house on Parklane in Apapa, till now, built on 1 acre. If you are to sell the house now, it is worth N1.5 billion naira. We thank God. My daddy has a lot of children. And each of my daddy’s children collects N1.5 million par annum, from all Baba’s properties all over the country. We all collect money annually. I collect mine. My elder brothers collect. My younger ones collect their own. Baba has a house in Ketu. He has in Fadeyi, in Obanikoro. Baba has houses all over Lagos. So many. He has in Ebute Metta, on Glover Street. God really blessed Baba. And God has been with we his children. And we have benefitted from it. If not for my father nobody would have known me. I am simply using my father’s name. I don’t deceive myself. It’s my father’s name that is opening doors for me till today. If someone asks you for the artiste that will play at your event and you say Musiliu, they will ask which Musiliu, because there are many Musilius in Nigeria. But if you say Musiliu Haruna Ishola, they know it’s me. That is why I always say it is not me they know, it is my father. I am enjoying my father’s goodwill. They know Baba.

What Many Don’t Know About Late HARUNA ISHOLA was last modified: March 2nd, 2020 by Seye Kehinde