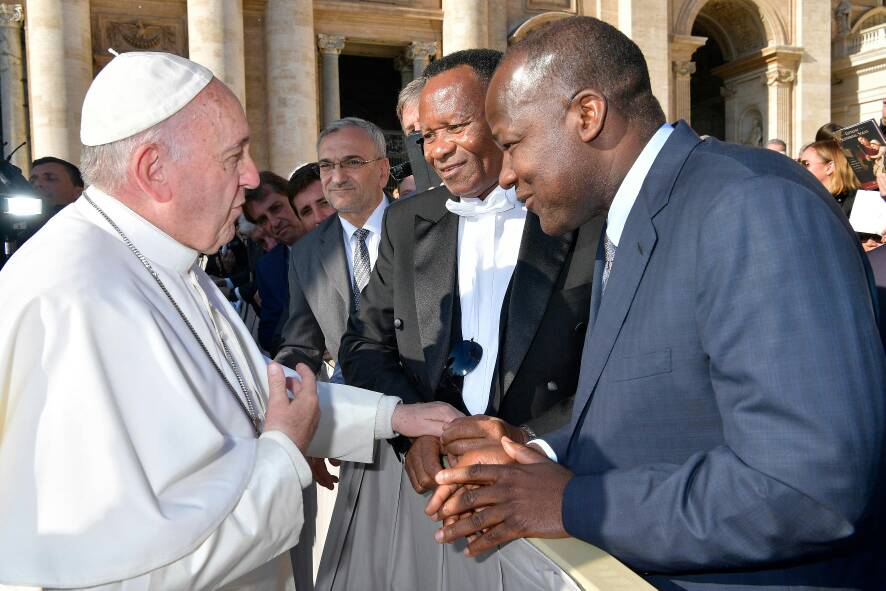 The Speaker of the House of the Representatives, Yakubu Dogara on Thursday, says the leader of the Roman Catholic Church, Pope Francis knows a lot about happenings in Nigeria.

The speaker led a Nigerian delegation to the Holy See.

In a statement after the meeting, Dogara described the encounter with Francis as “awesome”.

“The moment I was introduced to him as the speaker of the Nigerian Parliament, he said ‘how is Nigeria and how are you working for the peace of Nigeria? Pray for me also,” Dogara said.

Francis was quoted as telling Dogara that he always prays for the peace of Nigeria.

“I pray for the peace of Nigeria and pray for me also,” he reportedly said.

The speaker was accompanied by the Nigerian ambassador to Vatican, George Umo who said the pope had been holding mass in honour of the 26 Nigerian girls who died on the Mediterranean sea.
WHAT POPE FRANCIS TOLD SPEAKER DOGARA AT SAINT PETERS SQUARE was last modified: November 23rd, 2017 by Arinze Ago

Breaking: Atiku Resigns From APC – Thinking On The Next Move