Home News What SEYI TINUBU Said About His Mum @ 60
News 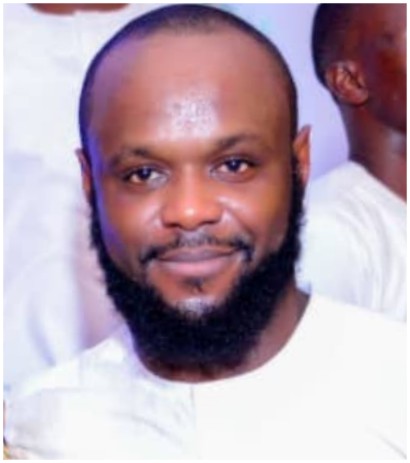 The Story Of Prophetess SOLA OSHONAIKE

Mention Seyi Tinubu‘s name within Nigeria Social and business environment, you will be told that he is the most visible son of the respected APC Chieftain, Asiwaju Bola Ahmed Tinubu’s sons. Oluwaseyi Tinubu is an entrepreneur and the CEO and Founder of Loatsad Promomedia Ltd, an outdoor advertising company which has some of Nigeria’s leading blue-chip and multinational companies among its clients.

Seyi Tinubu is very visible; he is one of the silver spoon kids who makes his private life very private. Aside being the son of Jagaban, many don’t know who his Mum is and this is why many believed that Senator Oluremi Tinubu is his biological Mother. But permit us to tell you that Seyi Tinubu’s mum is not Senator Oluremi Tinubu. Of course, Seyi Tinubu and Remi Tinubu share a very strong bond. Let us tell you that his Mother’s name is Prophetess Sola Bunmi Oshonaike.

Though this may sound so difficult for many to believe seeing that Seyi Tinubu rarely posts or disclosed this on any of his social media handles. Of course, it is not deliberate. Seyi Tinubu loves his 2 mothers to the bone. Senator Remi Tinubu may be Seyi Tinubu’s step mum but this duo shares a very strong bond with one another.

When Seyi got married to his wife Layal in Nigeria and Lake Como in Milan, Italy in 2016, it was Senator Oluremi Tinubu who played a significant role at his wedding. She was not only at Oba Rilwan Akiolus Palace with her large guests, she made sure many of her friends came out in their large numbers to show love to him. What about Seyi Tinubu’s call to bar, Senator Oluremi Tinubu was also there to support him all the way with her husband.

Ask Seyi Tinubu about Senator Oluremi Tinubu, he will tell you that “she is a mother to be proud of”. This is basically because of the major roles she has played in his life on different occasions. Despite the strong chord that existed between Senator Oluremi and Seyi, this doesn’t affect the biological bond he shares with his Mum. Prophetess Sola Oshonaike mother of Seyi Tinubu fondly called “Oju Eko” ‘(eyes of Lagos) turned 60th on Saturday 16th of November, 2019 and Seyi Tinubu didn’t leave any stone unturned. It was also a big opportunity for him to celebrate his mum in a classy way.

The purple theme event took place at the spacious “The Point “ event at ACME Road, Ikeja. Though the event didn’t parade any political big wig and this is because Seyi Tinubu wanted his Mum to enjoy every moment of her birthday with close friends and families devoid of any political drama. Only those who matter to her were invited.

The ceremony was top notch with the biggest Naija Vendors in attendance. Of course, that was expected by many due to the fact that Seyi is a big boy by all standards. Seyi’s Mum who looked many times younger than 60 made heads turn when she walked hand in hand into the well-decorated hall with her cute son, Seyi.

She was clad in baby Pink embellished dress which fitted her curvy body. One could mistake Olubunmi Oshonaike for someone in her 40s. She matched it with a unique 18carat Gold while Seyi was spotted in a white attire matched with sneakers.

The Stylish Mum who is a  renowned Prophetess was ushered into the hall by Boye Best with many of the white garment hymns and songs. Don’t forget that Prophetess Sola Olubunmi Oshonaike is a Prophetess with Calvary Parish of the Celestial Church of Christ, Ogba , Lagos, one of the popular white garment churches around. She is said to be very energetic, prayerful, and a force to be reckoned with in spiritual matters. The investigation also reveals that Seyi is very popular at Calvary Parish in Ogba. He is not just visible at the church, he also supports them financially whenever the need arises.

Seyi was not alone as he was fully supported by his beautiful wife, Layal. Seyi’s  Mum couldn’t control her joy as Seyi brought out his aged Grandmother to join his mum on the dance floor. What about the celebrant’s siblings? 3 of Sola Oshonaike’s sisters stepped out to show her love as they were all up and doing throughout.

Though Seyi is an Only Child of his Mum, he is one person who doesn’t like people to know he is a holy child. He made sure his cousins flew in to support him. They were all clad in the same fabric rocked by Seyi’s wife, Layla.

Seyi who couldn’t hold his joy when Boye Best sang the song “Olorun to da awon oke igbayin, eyin ni Modu Ope mi fun. Tania mo tun gbega, bi ko se Babaloke, (GOD you deserve the praise) dragged his Mum and hugged her at intervals while they smiled and hugged several times. They were both moved to tears. Investigation reveals that that was the first party Seyi’s Mum will throw in many years. During the reception, many of Seyi’s cousins recalled how much Seyi’s mum has treated them like her daughter. They didn’t only describe her as a disciplinarian, they explained that she is a no-nonsense woman. According to Mr Olumide who is one of Seyi’s Cousins revealed that it took Layal Tinubu a week to put the classy birthday together.

The high point of the event was when Seyi Tinubu spoke so glowingly about his Mum. In his words “ My name is Seyi and it’s my Mum’s 60th birthday.  On behalf of my wife and daughter, I say Happy birthday. I want to say that I won’t be who I am today without you. Your continued Guidance and prayer is appreciated. Continue to be my best friend, my first Girlfriend, then my wife at one point before I got married to my beautiful wife. You have touched our lives and guided us. You have always been there for Busola, Dami and Co. I must mention that you are not just a mum but a friend. There is a lot I want to say but let me thank you. It’s not been easy raising me as a young boy. I am not a soft person and it is still not easy till date. On behalf of my family, my wife, my daughter, I say we look forward to celebrating you in your 70s, your 80s in good health and wealth. We pray to celebrate you more and.more. Thank you, Mum, for being more than a mother to me” he revealed.

Handsome Seyi later joined many of the well-wishers who came to share in his mum’s joy after handling the toast. Sola Oshonaike who later stormed the stage also had a mother and daughter moment with Layal while they took pictures to the admiration of all. That would be the official appearance of Layal and her mother-in-law and it was so obvious that they surely share a very strong bond.

What SEYI TINUBU Said About His Mum @ 60 was last modified: November 28th, 2019 by Abiola Orisile

How I Started My Music Career 20 Years Ago – Popular ABEOKUTA Juju Singer, ALAYO