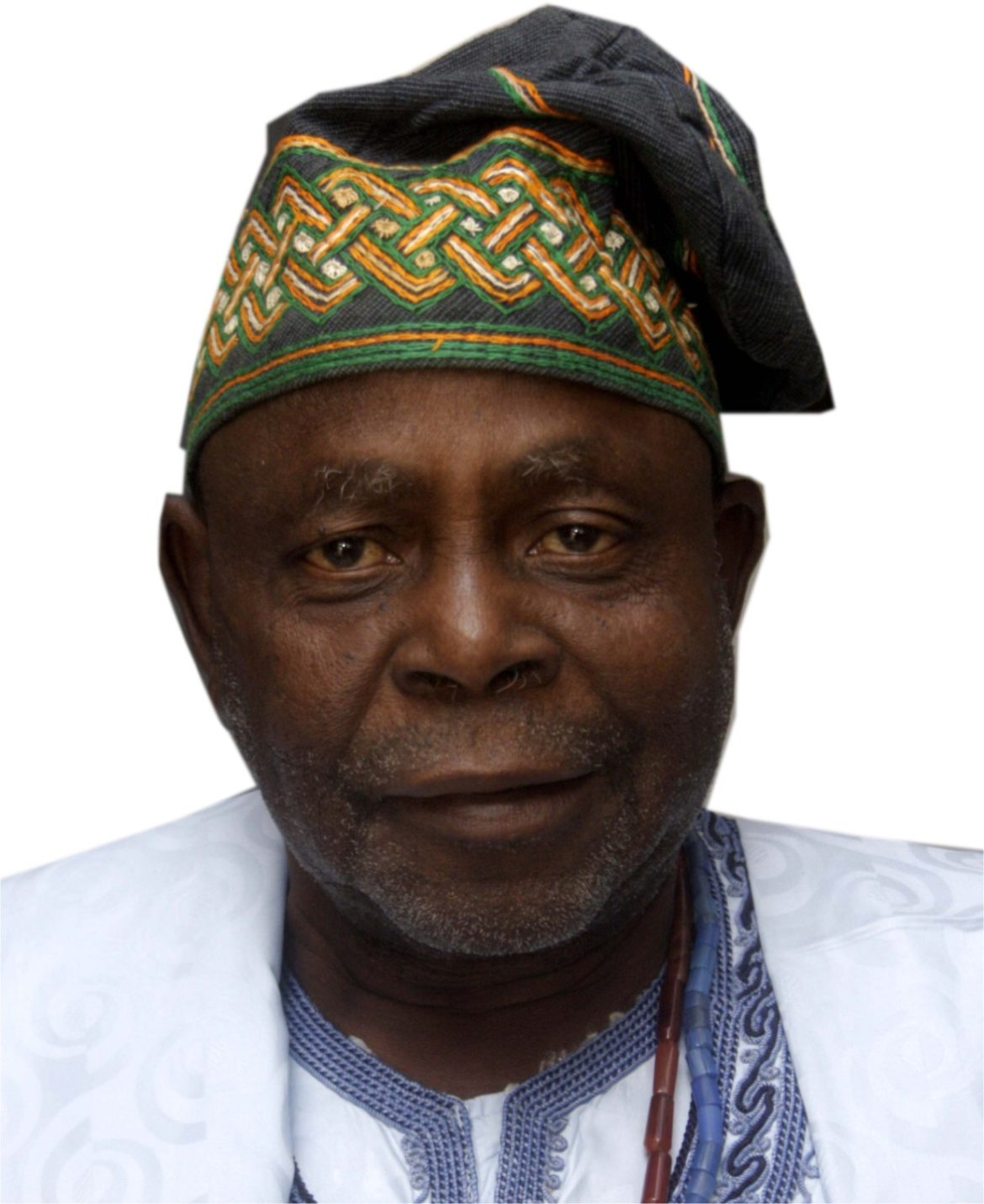 Popular Ifa Priest, Chief Ifayemi Elebuibon, is not happy right now with the way Yoruba kings have allowed the Coronavirus Epidemic to ravage the country. He is one of the people who believe that there is a lot traditional rulers could do to stem the tide of Coronavirus. “My point of view on this Coronavirus is that it is not an act of God, it is what we would call Afowofa (self-infliction).”

“Naturally, there used to be natural disasters, Ajakale Arun, which is sometimes caused by unseen spirits and when human being misbehaves. As you can see, it is the Western world that is responsible for many of these challenges that we are now confronted with. They are the ones who caused HIV/Aids, Ebola etc. They did it to make money and it claimed many lifes.

What is Ifa saying! We asked him. “From the traditional point of view any time such occurrences surface it is Ifa that our ancestors would consult. It is the responsibility of the monarch in each town to invite the Araba or Olu Awo of each to assemble other priests to divine and the Odu will appear. And propitiation would put end to the calamity.

Eni to mo ele, o ye ko mo ero re, (it literally means those who know how Coronavirus came must ensure its exit).  We need to follow thier instructions: Wash hands, stay away from gathering of people etc.

Can’t we carry Ebo? “Ebo is a remedy to all calamities. It helps to  give town, community or city peace and harmony.”

“In another culture, it may be  different. What Olodumare gave to us in this part of world to maintain our lives is peculiar to us.”

So, is there nothing Ifa could do or say to help us stop this Coronavirus? Is there no local herb to use and No Agbo?

“There are many things Ifa could do. My explanation is that all our Oba in Yorubaland need to perform thier traditional roles. They need to invite the Araba or Oluawo of each town, ask them to divine the ifa of the town and then Odu. They are emissaries of God. Revealing of Odu will give us messages from God. Ebo would recommend many Agbo. Before Agbo, one must diagnose the problem. Ifa divination is used just like doctors use ex-ray to see factors of problem.”

“Our traditional rulers are the main thing. They must wake up, irrespective of their religion. It is their responsibility.

How did you feel when you first heard about the outbreak of Coronavirus? Were you angry? Can’t you, our elders in Ifa, call on leading Obas like Ataoja, Ooni, Alaafin, Awujale & Co and find a solution?

“Like any other person, I felt like May Olodumare don’t let it spread to us, but soon unexpectedly, it spread all over the world. I became angry when I saw all our Obas, those who believe  in foreign religions refused to act as their fore fathers”.

“When we talk about Oba of Yoruba, some of them are up and doing, for example, the Ataoja is very good. He is a Muslim to the core”. He has done all his traditional rites.

But as for the Awujale, for the past 25 years, we have been dragging issues of rite of passage with him. I wrote him He is wrong to eradicate Ijebu Osugbo functions in his domain.

Now, they want it to become a law in Ogun State. Any Prince of Yoruba origin, who  did not perform rite to transform himself to become Oba is an ordinary person . Likewise, when it is time to join his ancestors.

Alaafin is trying, with the efforts of Panama Lady, Paula. They want to make Oyo functional, traditionally. The present Ooni is also doing a lot. He is doing well in that direction.

Who is Araba Ifayemi? He was born in Osogbo, Osun State, Nigeria. He comes from a family acclaimed to be one of the authorites on Yoruba Traditional Institutions? He is  a direct descendant of Olutimehin, one of Co-founders of the City of Osogbo. He began his priesthood training at age four.

He received his formal education through correspondence courses. His parents insisted on his thorough grounding in the traditional institution and culture through his apprenticeship with a renowned priests of the day. Araba Ifayemi is a poet, performing artiste, play wright, herbalist and practising Babalawo (ifa priest). He has published several books, and scholarly papers on various aspects of Yoruba traditional religion and culture.

Yemi is an international scholar in-residence at San Francisco State University in California, USA, where he lectures on African Traditional religion and philosophy.

He is the founder of Ancient Philosophy International, Osogbo, Nigeria, a Centre dedicated to teach African traditional religion and preforming arts.

He has trained many students and initiated many into the tradition.

His numerous awards and recognitions include Lifetime achievement chieftancy as the Araba of Osogbo, a title that elevated him to a venerated position in the priesthood hierarchy. He has also been honoured with a doctorate degree of the Brandice University USA. He is an associate staffer at Institute of Cultural. he was appointed a Vice Chairman of Board of Traditional Medicine, Osun State. He is also the current president of International Congress of Orisa Tradition and Culture, Nigeria Chapter.

He maintains a Botanica ‘and mini-museum at his House of Culture that has become a must stop for visitors to Osogbo for the city annual Osun Festival. He has travelled to many parts of the world at the invitation of organisations, institutions, colleges, and universities and local governments.

The tittle of Araba as head of all Ifa Priests was not known until one famous military activist, Ifa Priest Ikujenyo, Ikujenlowo, the one who use his skill and knowledge of Ifa to assist one of the Ibadan war lords, Ogunmola, Basorun of Ibadan, as well as, Ibikunle Kujenyo, an indigene of Osogbo was awarded the title of Araba. Before then, it was Oluawo that inhabitants of Osogbo use. Oluawo means King of all Ifa Priests. Hence it became names of some compounds in Osogbo where the bearer used to live. Oluawo Abodunrin and Oluawo Oba are in existence in Osogbo.

Ikujenyo, a famous person, became Araba of Osogbo. Since, all others have followed in his foot steps Basorun Ibikunle (1851-1864). Basorun Ogunmola (1865-1867). Ogunmola went to two important wars after he became leader of Ibadan (the Kutuje War and the Atadi War).

He became Barosun after Kutuje War. A Basorun is high chief father of heavenly child. In Oyo, Basorun was head of kingmakers, and in Ibadan he was a war lord. Ogunmola himself, an Ifa priest. He hailed from Feesu in Iwo, Osun State, Nigeria. Kujenyo used his influence as Araba and military man to make the name of Osogbo well known inside and outside the city. After demise of Kujenyo another important Ifa Priest became Araba.

Araba Awoniyi Kehinde Adeyemi of Amubiorogun Compound Ita Olookan Osogbo. His knowledge of Ifa earned him many rewards. He had many horses and slaves. The name of his house became Ilearaba till today.

Araba Awoniyi Adeyemi Kehinde was the grandfather of Araba Ifayemi Elebuibon. He lived and his tenure witnessed a lot of success within Osogbo and environ. He lived for many years.

Araba Oyelade of Arewekooko Compound came after his demise. During Araba Oyelade’s tenure, he used to build the temple of idi ileke, a place where people use to worship today he is the one who donated a parcel of the land to Ifa community.

During the reigns of Oba Oyetona (1840-1902) Araba Falade of Alesinloye Compound reigned during the tenue of Oba Olugbeja II (1902-1917). It was very difficult to enumerate the actual date of each Araba installation and end of their tenures since some of them possess mythical powers.

READ ALSO: WHY ISARA-REMO IS AN IMPORTANT TOWN IN OGUN STATE

THE REVERED OBA OF BENIN By Eromosele...