Home News Where Are These IBADAN Big Boys Now?
News 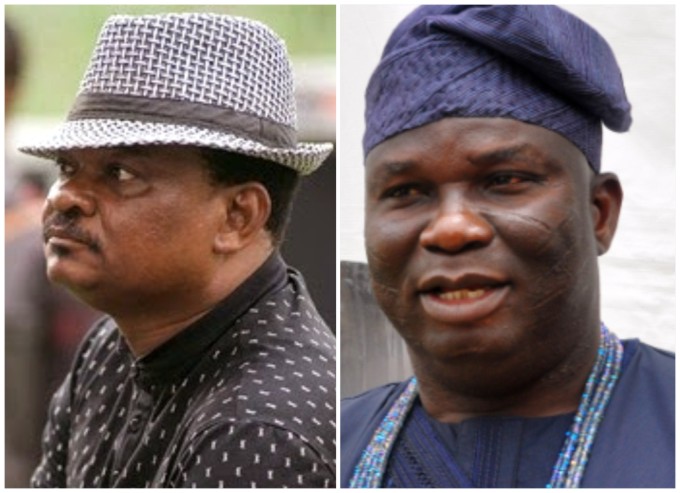 •City People Wrote About Them 25 Yrs Ago

There were some Ibadan Big Boys City People Magazine wrote about 25 years back. They were referred to back then as Ibadan Big Boys, but now they have become Men. In fact, a good number of them are now grandfathers. They were men who rocked the Ibadan social scene, as well as other zones across the country. Any party that was worth its salt, within and outside Ibadan, must have a good number of the listed men in attendance.

While some of these big men have either disappeared from the social radar or slowed down as far as social outings are concerned, however, there are those who have remained as hot and stylish as ever. Some have also died.

One can’t but ask, where are some of the Ibadan big boys who dominated the social scene in those days? Where are the Meriki brothers? Tope and Ekio Meriki were hot in Ibadan social circle back then. They were handsome and rich and members of the Ibadan Polo Club. But they have since disappeared from the social radar.

Also in the category were the Aguloye brothers; Tope and Tokunbo Agunloye. Not much is being heard about them in the recent past. What about Mayowa Desalu and a very popular former President of Ibadan Polo Club, Kenneth Edet? Or Architect Tunji Bolu, who was one of the first set of young men in the property sector back then. Do you also remember Foluso Henry? He was the Chairman/CEO, FOLAG Group. He seemed to have also gone offline as far as Ibadan social circle is concerned.

We must not forget the Lanihun brothers as well. Kayode, Gboyega and Tunji Olanihun dominated the social scene as colossus back in the days. They were all successful. They used to be the toast of many musicians, especially the Fuji lord, K1, back then. While Kayode, CEO KAYLAN International Limited and Gboyega Lanihun were based in London, Tunji Lanihun, Chairman Tulan Motors is based in Amsterdam, Holland.

Also on the list was Foluso Adeagbo. F.A, as he was popularly known in Ibadan social establishment, no doubt, was very rich and stylish. His face had been very scarce lately. Where is Otunba Reuben Famuyibo? That is a question to ask, especially when you are familiar with Ibadan social establishment. Famuyibo is a lawyer, politician and businessman. He was highly fashionable too. Back then, his entrance into any party must change the atmosphere. He was the swags and everything to complement his social status. But he seemed to have really slowed down on social outings lately. He had since diversified into the entertainment and hospitality business. He was doing fine with his Rubby Gold Hotel and Restaurant and the running of his shopping complex.

We also have on the list Alhaji Tunde Ologburo; the former senator who represented Oyo South, Soji Akanbi; Chief Akinade Fijabi; Alhaji Bashir Kuti; Alhaji Alao Lateef; a prominent World Bank consultant, Femi Oye; Gbenga Obembe; Engr. Femi Babalola (Jogor), and Asiwaju Ganiyu Shonubi, CEO Casa Lucio Events Centre. Senator Teslim Kolawole Folarin, the current senator representing Oyo Central was also one of those who dominated and still dominating the social scene. It is only that politics is taking much of his time lately. He has built a formidable political structure for himself in Oyo State and at the Federal level. He is one of the potential guber aspirants in APC come 2023.

What about Alhaji Dauda Akinola (D-Damak)? The prominent businessman is now the Aare Musulumi of Yorubaland, Edo and Delta. The son of the late former Attorney General of the Federal Republic of Nigeria, Chief Bola Ige, Architect Muyiwa Ige is also on the list of those men who constantly dominated City People’s pages back then. He is still doing very well. He was at a point Commissioner for Lands and Physical Planning in Osun State. Then a prominent D.J-turned businessman, Semiu Adenekan. D.J ‘Semite’, as he was popularly called, is now an entertainment consultant and deals in entertainment equipment generally.

What about the Late Lekan Abass? Lekan, in his lifetime, was a socialite per excellence. He enjoyed every bit of his social life. He was unofficial P.A to the Late former governor of Oyo State, Senator Abiola Ajimobi.

Of course, the list won’t be complete without mentioning the likes of the Late Biodun Femi Lekuti (Danku); Chief Rotimi Obeisu; Niyi Beckley; Kazeem Nalado; Wale Raji Rasaki; the king of poultry business then, Gbenga James of Avian Specialties fame and Flogin Water boss, Olatunde Oginni. Though age must have slowed him down a bit, but HRH Olatunde Oginni remains as handsome as ever. He is also doing well business-wise. He just landed a big business deal to rebuild and manage UCH Guest Hotel under his business brand, De Executive Suites.

Where Are These IBADAN Big Boys Now? was last modified: April 7th, 2021 by Dare Adeniran