Why ATIKU Has Become A Big Problem To APC 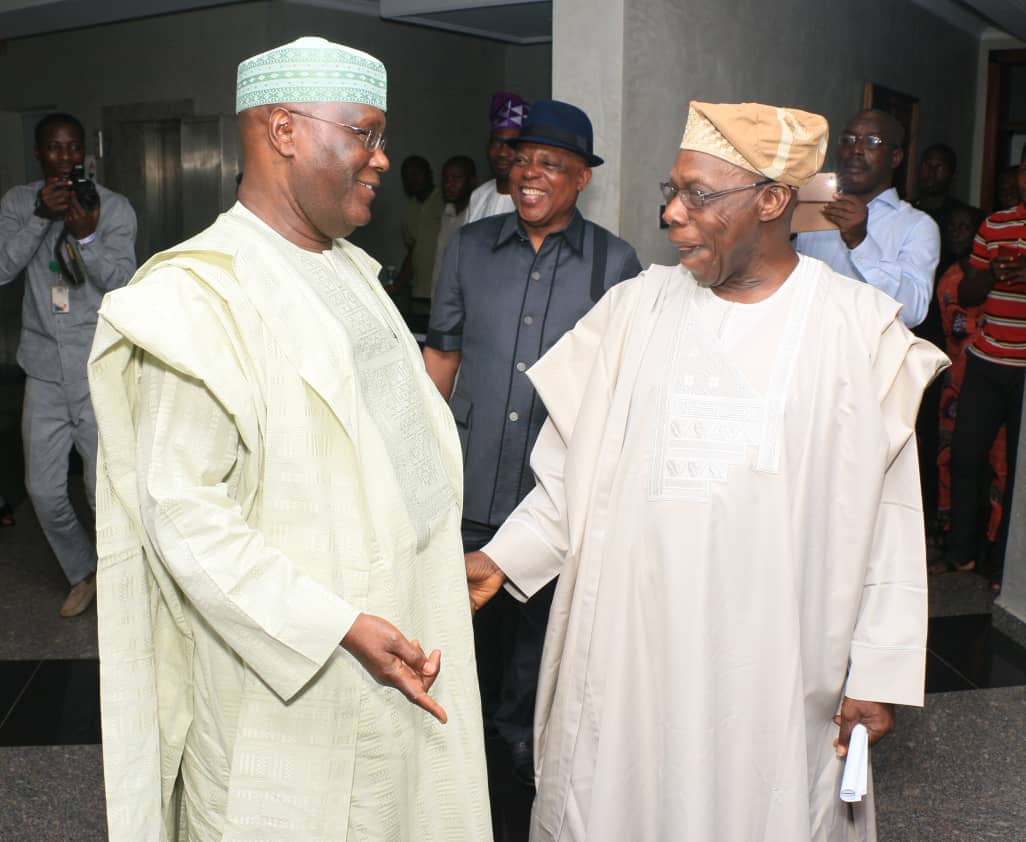 When the PDP leaders gathered a few weeks back in Port Harcourt, Rivers State its to pick its presidential candidate, many Nigerians had been made to believe that the most likely choice would be Gov. Aminu Tambuwal. In all the newspapers and online medium, there were stories of how Rivers governor. Wike had allegedly concluded plans to make sure Tambuwal wins.

Even the leadership of the ruling party APC had been made to believe that former Vice President, Alhaji Atiku Abubakar would not be able to clinch the ticket.

And so when the elections took place and Atiku won, it came to many as a big surprise. The APC leadership was badly hit by the news. For several hours after the result was announced, the APC couldn’t give a coordinated response to the news.

Since the PDP announced former Vice President, Atiku Abubakar as its presidential flagbearer, the APC has been very uncomfortable with his choice.

All the comments coming out of from APC chieftains have all suggested a party in panic.

Last week, City People spoke to many APC chieftains in anonymity as to why the party leadership has been most uncomfortable with Atiku’s emergence and OBJ’s change of view about Atiku.

It was shocking that many APC chieftains feel uncomfortable with Atiku because they see him as a very strong candidate, who if care is not taken, will be a hard nut to crack for the APC.

They see Atiku as an insider who was once in APC and who knows the strength and weaknesses of the party. He has also closely interacted with the leaders of the party sufficiently enough to know how to tackle them. Atiku has many positive things going for him City People gathered. (1) He is said to be very liberal minded. Unlike many of his peers, he has a pan-Nigerian worldview. He has a global vision. (2) He is not an ethnic bigot. City People was told. Though he is Fulani, he has over the years reached out to other zones, like the South West, the South-South and the South-East. The fact that he is married to wives drawn from various parts of the country is seen as a plus for him. An insider says his breakfast table is like a mini Nigeria as you will see a lot of Yoruba people, Igbo people, South-South. I can tell you that his main driver is Igbo, from Anambra. His Medical Doctor is Igbo. That’s why many see him, in this season of ethnic crisis, Atiku is seen as a unifying factor across the religious and ethnic divide. (3) His support for restructuring is also a plus for him. Long before now, he had come out to openly support and embrace Restructuring. He had engaged the Niger-Delta people and the middle belt. (4) The fact that Atiku has a working arrangement with other PDP presidential aspirants is unsettling. (5) The high profile personalities who attended his rapprochement with OBJ last week was worrisome to the APC.

(6) The support he is getting from Corporate Nigeria is also sad news to APC leadership. We hear many of the MD/CEO’s of mega companies and banks seem to prefer an Atiku presidency.

(7) His business friendship approach also makes APC leaders uncomfortable. Atiku is a businessman who speaks and understands the language of business. That he is good in business made OBJ hand over the running of the economy to him when he was Vice President.

(8) The fact that he does not look his age. He is 73 but he does not look it. He visits the gym every morning and takes long walks. (9) The fact that he has a gift of knowing how to attract talents is considered a plus for him. During Obasanjo’s term, he was the one who attracted so many technocrats who dazzled then. Even now, he has many of them working for him. Several months back he commissioned a young Igbo scholar from Anambra who resides in the US to do a paper for him. The guy, in turn, brought in a lot of young people to put together position papers for him and their proposals were integrated into the main policy document.

(12) There is also the fact that of all the candidates he seems to be the only one who understands Buhari. He also knows Buhari’s limitations.

(13) There is also the issue of his deep pocket. APC is worried that Atiku has access to unlimited cash to pursue his ambition.

(14) Those in APC who have encountered Atiku closely will tell you how organised he is. They describe him as a great listener. At meetings, he hardly talks until everyone talks.

They describe him as a fair person. They have stories of how nicely he treats his staff, his aides. (15) He has been described as the biggest investor in Adamawa State with so many companies. The American University, he set up in Yola is reported to be adding $100m annually to the GDP of Adamawa State. (16) His choice of former Anambra Governor, Peter Obi as a running mate is another plus which APC did not bargain for. They had thought it would take Atiku weeks to decide on who to pick but he had a clear idea of who he wants. Obi is expected to galvanise Eastern votes for him. Obi is also a Catholic.

READ ALSO: HOW THEY GANGED UP AGAINST ME FOR 13 YEARS

Why ATIKU Has Become A Big Problem To APC was last modified: October 15th, 2018 by Reporter