Why I Accepted To Be JIMI AGBAJE’s Running Mate 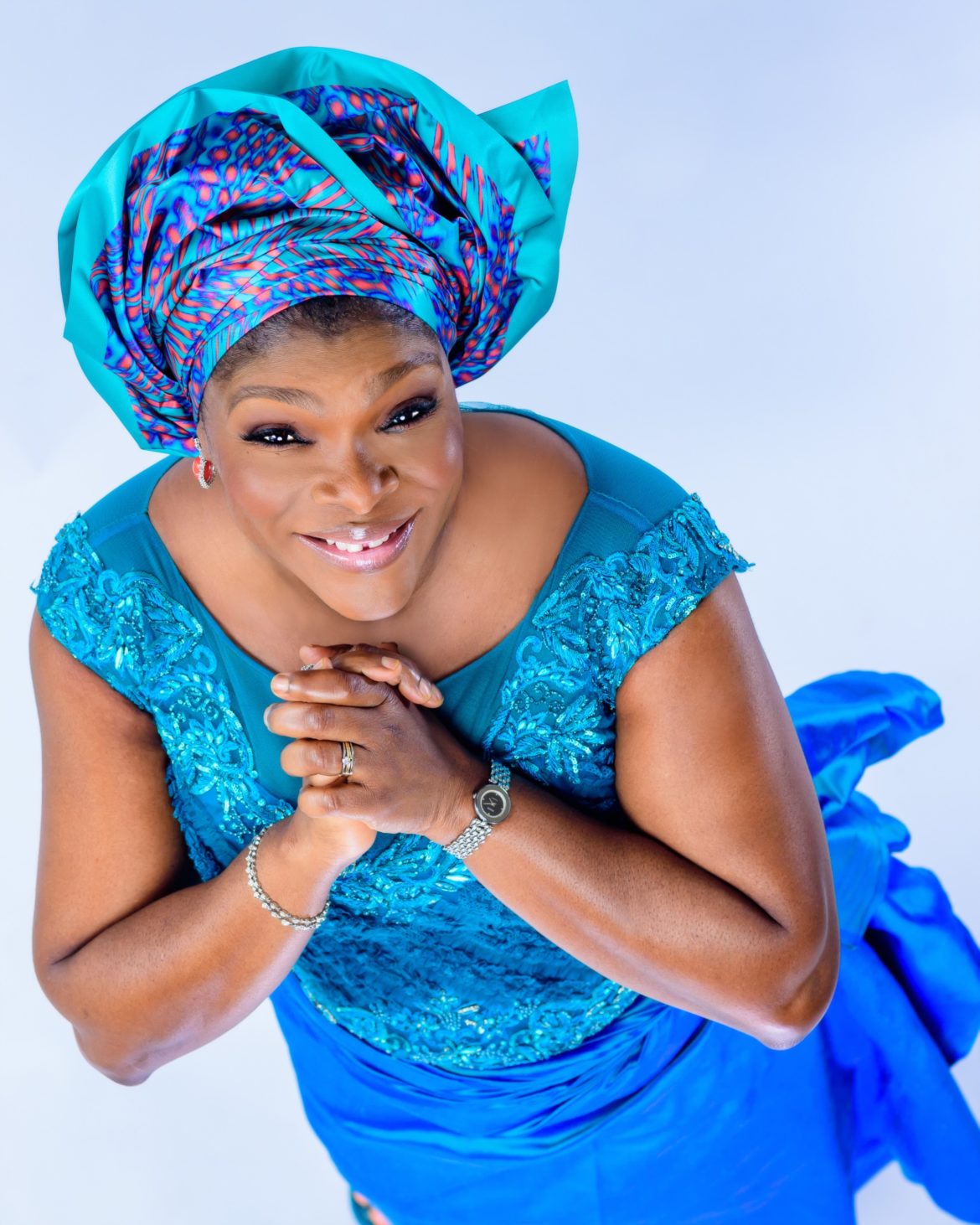 Until a few months back, Yemisi Busari, was a big player in the Corporate world. She had no plans of going into politics, not to talk of seeking elective office. But all that suddenly changed a few weeks back when this easy going lady of great substance was approached about becoming the running mate to Jimi Agbaje, the Lagos PDP governorship candidate.

That was a major offer. All she could say at the early stages of the talk was to be given some time to think about the offer. She told her husband about it. She consulted widely. She prayed about it. And she had to convince herself on why she had to leave her over 30 years corporate career for Politics. She accepted the offer after deep thoughts. She  took the offer as a Call to service. All those she consulted advised her to go ahead. She did. And she is today the running mate of Jimi Agbaje, whom she had never met before. She got introduced to him a few weeks back. And she is coping well. As it is, there is no more wearing of corporate outfits. At least for now. Now its Iro & Buba all the way. She now wears boubou and kaftans a lot and spends more time with grassroot people and artisans.

Surprisingly, she has adjusted so fast, perhaps because of her Lagos background. Let’s quickly tell you a bit about that and how it shaped her life and world view.

So, what kind of a person is Haleemat Oluwayemisi Busari you  may be wondering. We can tell you how she was born on the 24th of September 1964 in Lagos to Ahmed Tijani Shehu Giwa of blessed memory. He was a very successful business man from Isale Agoro, Epe. Alhaji Giwa was very passionate about his Islamic faith and was also the Vice President of Jamatul Islamiyya of Nigeria under the leadership of the late Alhaji Chief Imam L.B. Augusto B.L. QC.

He married Mujibat Abeni Mopelola Giwa (nee Shonibare) also of blessed memory, she is a princess of the Kosoko royal family from Isale Eko. Alhaja Giwa was also a successful business woman in her lifetime.

Oluwayemisi is the last child from this family of 5. They are a close-knit family who love and support one another in all that they do.

How about schooling? We can also tell you a lot about that. Oluwayemisi attended the prestigious Methodist Girls High School Lagos and following her secondary school education, she successfully completed and was awarded a Bachelor’s degree in English from the University of Ilorin in 1986. She went on to obtain a Bachelor’s degree in Law from the University of Lagos in 1990. Following her call to the Nigerian Bar in 1991, she earned a Masters of Law degree from the University of Lagos in 1995. She thereafter obtained a Master’s degree in Business Administration (MBA) from the Lagos Business School in association with the IESE Business School in 2005. She is a member of the Nigerian Bar Association and Federation of International Women Lawyers.

Competitive Strategies in an unfolding Brand Economy, London; Competing in a Global Environment, IESE Business School, Barcelona; Managing the Corporate Affairs Functions; E-commerce in Nigeria; Finance for non-Finance Managers; and Building & Leading the Team (Lagos Business School) as well as the first set of WIMBoard Directors course organized by WIMBIZ at the IE Business School. Oluwayemisi has also published a paper in the Intellectual Property Magazine titled Law of Copyright in Nigeria.

Oluwayemisi is an accomplished legal practitioner with almost 3 decades of extensive experience in the areas of company secretarial, corporate governance, litigation and commercial law practices. She started her career in legal practice at the prestigious Irving and Bonnar/ Bentley Edu law firm in Lagos. She joined the firm in 1992, and rose to the position of a senior associate before she left in 1999. She worked in the commercial law unit as well as the Intellectual property unit and offered value adding opinions to clients whose respect she gained as a result of the quality of her work.

She joined the Honeywell Group, (one of Nigeria’s leading indigenous conglomerates) in 1999 as Company Secretary/ Legal Adviser. Her most recent role within Honeywell is Head, Group Legal and Regulatory Affairs, where she oversees all the legal activities of the Group and its member companies and also serves as the Group’s primary interface with various regulatory institutions.

Through her multifaceted role at Honeywell Group, Oluwayemisi developed a reputation as a strong commercial lawyer with deep insight and knowledge across a number of business sectors such as the Foods and Agro allied industry, the Energy industry, and Real Estate including the hospitality sub sector. She has worked on a number of complex transactions and provided valuable advice to the Group in other sectors where the Group is also active such as Financial Services and Telecommunications. She has been involved in a number of capital raising initiatives including leading and coordinating all legal and regulatory compliance activities towards the successful listing of Honeywell Flour Mills Plc on the Nigerian Stock Exchange in October 2009. She has also acted as the Group’s internal legal representative on a number of large scale, multi-currency debt capital raising transactions where she brought to bear her experience in structuring and documentation.

Oluwayemisi was also responsible for managing the wide range of regulatory stakeholders of the Group and its member companies. Through her role, she developed a network of contacts across these regulatory stakeholders and she was widely acknowledged for her ability to get things done, whilst ensuring strict adherence to the Group’s ethical standards.

As Company Secretary for the Group, she led the company secretariat function for all operating companies within the Group including Honeywell Flour Mills, a publicly listed company with over thirty thousand shareholders. She was able to develop and cultivate relationships with the company’s institutional and retail shareholders, and has played a key role in the successful conduct of the company’s Annual General Meetings.

As a senior member of the Group’s leadership team, she also played an active role in talent development and grooming of the next generation of the Group’s leadership. She was a Faculty member of Honeywell Group’s in-house management development programme called Honeywell Excellence Programme and worked with other internal and external faculty members to develop and deliver the training curriculum for the Management trainees selected to join this program.

Oluwayemisi is an accomplished Board director. She was an alternate Director on the board of Airtel Nigeria, one of Nigeria’s leading telecommunications companies, while it was known as Zain Nigeria Ltd. She also currently sits on the Board of First Bank, Sierra Leone where she serves on several Board committees including the Board Audit & Risk Assessment Committee, and Board Finance & Human Capital Committee which she chairs.

Oluwayemisi’s intellectual ability, extensive network, dogged determination & resilience, and excellent people skills have enabled her to cut through complex legal issues, producing consistently value adding and enduring results. She is able to influence and persuade people at all levels. She is seen as a respected and dependable resource by her peers and colleagues who respect and trust her judgement.

Oluwayemisi’s life and beliefs are guided by her strong Islamic faith, which has been her foundation from a young age. While in her twenties, in conjunction with other young Muslims, she co-founded an association for young Muslim professionals known as Movement for Islamic Culture and Awareness (MICA), to provide a platform for other young Muslims to network and fellowship. She was the founding Amira (female head) of the organization and played several other key roles in the organization. The association is still very strong and she continues to play a mentoring role to a number of young members of the organization.

Oluwayemisi is happily married to a ruggedly handsome Lagos Lawyer, Teslim Olatunde Busari who is a SAN, and chartered arbitrator. He is a founding partner of Akinwunmi and Busari Legal Practitioners, a leading law firm. They are blessed with 3 lovely children.

I AM GOING TO BEAT APC @ KOSOFE CONSTITUENCY 1 ELECTIONS

Why I Accepted To Be JIMI AGBAJE’s Running Mate was last modified: January 21st, 2019 by City People

I am Going To Beat APC @ KOSOFE Constituency 1 Elections